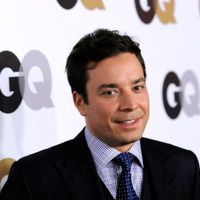 What is Jimmy Fallon's net worth and salary?

Jimmy Fallon was what one might call a "computer geek" in college.  He majored in Computer Science, but then switched to Communications at the last minute, and ultimately dropped out.  He had always been a "Saturday Night Live" fan, and post-college, he set out on the stand-up comedy circuit, ending up in Los Angeles, where he continued to perform.  He began appearing in small roles on film,while studying with the famed improv troupe, The Groundlings.  In 1988, he was invited to audition for "Saturday Night Live", and he joined the program for the 1998-1999 season.  He went on to become a popular member of the cast, and remained with the show until 2004.  After attempting a moderately successful film career, he returned to television, hosting "Late Night with Jimmy Fallon".  His talk show has become a favorite spot for celebrities, artists, and politicians looking to reach a "hipper" audience, and it has also become a showcase for Mr. Fallon's musical talent.

Jimmy Fallon was born on September 19, 1974, in the Bay Ridge neighborhood of Brooklyn, New York. Fallon attended St. Mary of the Snow, a Roman Catholic school. He was an altar boy in school and for a time considered being a priest. Fallon outgrew his religious ambition when he started getting more into comedy via listening to the Dr. Demento show on the radio. Like many teenagers, Fallon became obsessed with Saturday Night Live. He and his sister acted out sketches from the show for their parents and friends. At Saugerties High School, he was a performer in most of the stage productions during his four years of high school. He graduated from Saugerties High School in 1992. Fallon attended The College of Saint Rose in Albany, New York. On weekends, he performed stand-up comedy. He left college a semester before graduating in 1995 to move to Los Angeles at age 21 to pursue a comedy career full-time.

In Los Angeles, Jimmy joined The Groundlings improv group and started polishing his standup act. He often did stand-up at thelegendary Improv, for which he was paid $7.50 per set, which didn't even cover the cost of parking at the Improv.

Fallon auditioned for Saturday Night Live for the first time in 1997 but was unsuccessful. Fallon landed his second audition for SNL at the age of 23. SNL auditions are notoriously intimidating and difficult. At the audition, he was told by a number of people that creator Lorne Michaels pretty much never laughed during auditions. Fallon went onstage and did well. He performed a "celebrity walk-a-thon" sketch with impressions of well-known comedians including Jerry Seinfeld and Chris Rock. Michaels laughed. He was hired as a cast member for the 1998-1999 season. Fallon became the program's most featured impressionist. 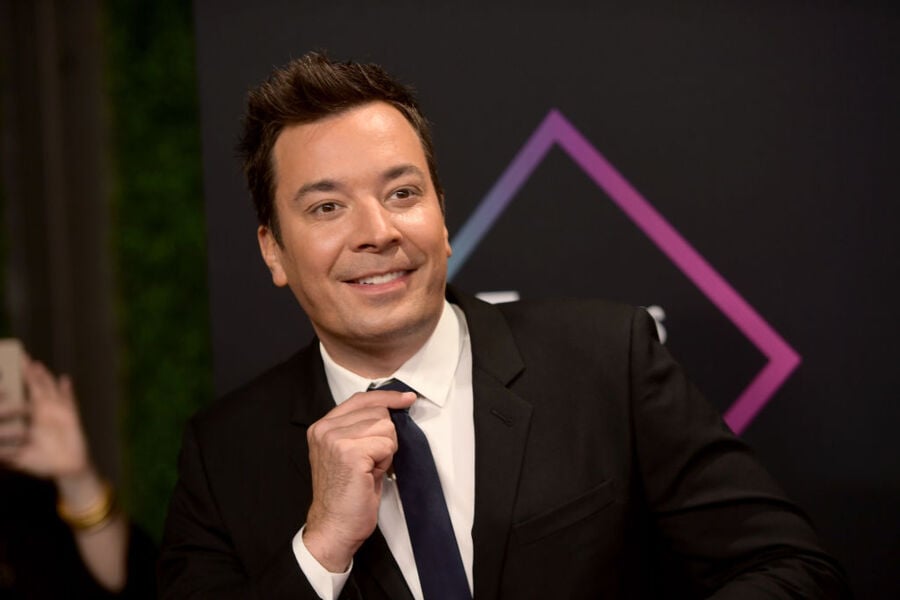 At first, Fallon thought he would follow in John Belushi's footsteps and spend three years at SNL. However, he was persuaded to stay when he was given the reins of the Weekend Update alongside Tina Fey in 2000. In his later years on SNL, Fallon co-starred in skit titled "The Barry Gibb Talk Show" alongside Justin Timberlake, where they portrayed musicians Barry and Robin Gibb. This marked the beginning of a long-running friendship and collaboration with Timberlake. Fallon remained a cast member of SNL until the 2004 season. He has been called the best SNL cast member since Phil Hartman and is popular amongst SNL fans.

In 2009, he took over from Conan O'Brien as the host of the television show Late Night with Conan O'Brien, which was renamed Late Night with Jimmy Fallon. In April 2013, NBC announced that Jimmy had been selected to take over The Tonight Show from Jay Leno immediately following the 2014 winter Olympics. Fallon is the first host in the history of The Tonight Show (except original host Steve Allen) who became the show's permanent host without previously having served as a "Guest Host." Before him, Jay Leno had guest-hosted for Johnny Carson, Carson had done it for Jack Parr and Parr had done this for Steve Allen. 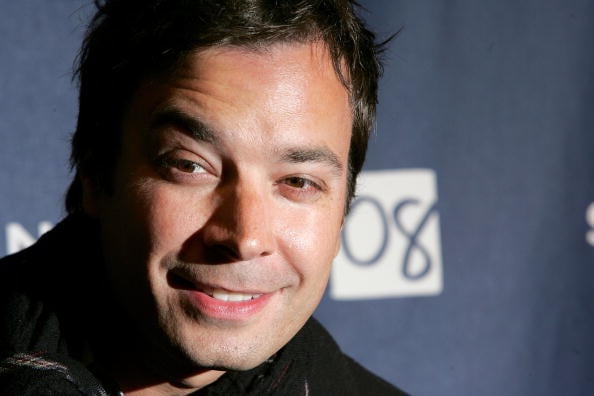 Fallon met film producer Nancy Juvonen co-owner (alongside Drew Barrymore) of Flower Films on the set of his movie Fever Pitch. They began dating in May 2007. Fallon proposed at sunset on the dock of Juvonen's family home in New Hampshire in August 2007. They were married on December 22, 2007. They have two daughters, Winnie Rose and Francis Cole, as well as a golden retriever named Gary Frick. Gary has appeared on Late Night with Jimmy Fallon.

Before his marriage, Fallon was chosen for People Magazine's 50 Most Eligible Bachelors.

Fallon was chosen as one of the 50 Most Beautiful People in the World in 2002 by People Magazine.

Fallon is so famous for suddenly breaking character (and cracking up) that breaking character is sometimes called "Jimmy Falloning."
He is close friends of actress Parker Posey, who was one of his neighbors when he lived in New York City.

Jimmy's annual salary for hosting The Tonight Show is $16 million.

Jimmy's first real estate purchase was an $850,000 one-bedroom condo in New York City that he purchased in 2002. He bought the apartment at the urging of SNL producer Lorne Michaels. Jimmy has later revealed he could not actually afford the purchase back in 2002, but he wisely followed Lorne's advice. After he married Nancy Juvonen, they began buying up neighboring units. For example in 2014 they paid $725,000 for a top-floor studio apartment. The purchase in the nine-story, roughly 35-unit building was in addition to a purchase a few months earlier of a one-bedroom apartment next door to the studio for $1.35 million.

Over time they combined the units to create a six-bedroom, 5,000 square-foot apartment. Their total spend on five apartments was $5.8 million. In March 2021, Jimmy and Nancy listed their complex for $15 million.