What is Jimmy Carr's  Net Worth?

Jimmy Carr was born James Anthony Patrick Carr on September 15, 1972, in Hounslow, London, England. He grew up in Farnham Common, South Buckinghamshire, with mother Nora, father Jim (an accountant/treasurer), and two brothers. Jimmy's parents separated in the mid-1990s, but they never divorced, and sadly, Nora passed away in 2001. Carr attended Farnham Common School, Burnham Grammar School, and Royal Grammar School, and after he did well on the  GCE Advanced Level exams, he studied political science and social science at Gonville and Caius College, Cambridge, graduating with First Class Honours in 1994. After graduation, Jimmy took a job in the marketing department at Shell, but since he wasn't happy there, he took voluntary redundancy in early 2000. He took a course in neuro-linguistic programming that made him realize that his mind was holding him back, and he decided to pursue a career as a comedian. Within a few weeks, he performed stand-up comedy for the first time, and he got his first paid gig later the following month.

Carr sold out a month of performances of his show "Charm Offensive" at the 2003 Edinburgh Festival, and in 2004, he released the comedy special "Live," followed by "Stand Up" in 2005. In 2006, his "Gag Reflex" tour earned him a British Comedy Award for Best Live Stand Up, then he released the comedy specials "Comedian" (2007), "In Concert" (2008), and "Telling Jokes" (2009). Jimmy toured with the band the Killers in 2009 and released his sixth comedy special, "Making People Laugh," in 2010. In 2011, he performed at the Just for Laughs Festival in Montreal and released the special "Being Funny," which was followed by "Laughing and Joking" (2013) and the Netflix specials "Funny Business" (2016) and "The Best Of, Ultimate, Gold, Greatest Hits" (2019). In 2007, Carr became the first major comedian to perform in the online virtual world of "Second Life." In 2003, the "Observer" named him one of British comedy's 50 funniest acts, and in 2007, he was ranked #12 in a Channel 4 website poll of the 100 Greatest Stand Ups. In 2021, onbuy.com named Jimmy the funniest British comedian after conducting a scientific study. 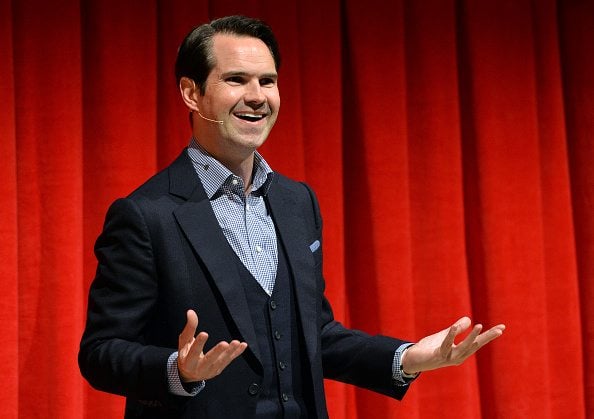 Jimmy has regularly appeared as an interviewer and guest on BBC Radio 4's "Loose Ends" and BBC Radio Scotland's "The Fred MacAulay Show," and he hosted "It's Been a Terrible Year" on BBC Radio 2 in 2005. Carr co-hosted an Xfm radio show with fellow comedian Iain Morris until July 2006, and it featured segments such as "Goth Classics," "Now That's What I Call A Jukebox," and "The Songs You Should Like and the Songs You Do Like (But You Like The Song You Should Like As Well)." In 2005, he appeared in two episodes of the "Flight of the Conchords" radio series on BBC Radio 2.

Jimmy has been in a relationship with Karoline Copping since 2001, and they live together in North London; Copping works as a commissioning editor for Channel 5. Carr has said that he had "an early midlife crisis" at age 26 and lost his faith. He stated in 2015, "As for being a Christian, yes, it seems ridiculous now, but I genuinely believed there was a big man in the sky who could grant wishes. Writers like Christopher Hitchens and Richard Dawkins helped change my view, but I don't go on stage banging on about being an atheist … I'm just a guy who tells jokes." Jimmy underwent psychotherapy while he was going through his crisis, and he has since become qualified as a therapist. In June 2020, Carr revealed that he had a hair transplant during the COVID-19 pandemic, saying "My hair was socially distancing from my forehead and I'd had enough of it." Around that time, he also received Botox treatments and had dental work, getting "every tooth in [his] head done in one sitting."

In 2012, it was revealed that Jimmy had been involved in a K2 tax avoidance scheme, and then–Prime Minister David Cameron stated, "People work hard, they pay their taxes, they save up to go to one of his shows. They buy the tickets. He is taking the money from those tickets and he, as far as I can see, is putting all of that into some very dodgy tax avoiding schemes." Carr pulled out of the scheme and apologized for his involvement, calling it "a terrible error of judgement."

Carr was named Funniest Man at the LAFTA Awards in 2005 and 2007, and he received the Best Stand Up award in 2004 and 2008. In 2002, "Time Out" named him Best Stand Up, and he earned a Perrier Award nomination. Jimmy won a Royal Television Society Award for Best On-Screen Newcomer in 2003, and he received a British Comedy Award for Best Live Stand Up in 2006. He has also earned two Rose D'Or Nominations for "Distraction," Best Presenter in 2004 and Best Game Show in 2006.

In 2010, Carr paid £8.5million for a mansion in Primrose Hill, North London. He reportedly spent £1.5million to renovate the home. 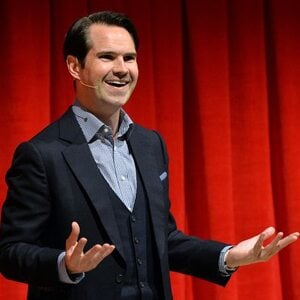