Jim Jefferies Net Worth and Salary: Jim Jefferies is an Australian comedian, writer, and actor who has a net worth of $12 million. Jefferies is perhaps most famous for his roles in sitcoms like "Legit." He also hosted his own late-night show on Comedy Central called "The Jim Jefferies Show."

Early Life: Geoff James Nugent was born on February 14th of 1977 in Sydney, Australia. Raised alongside two older brothers by working-class parents, Geoff eventually moved to Perth in order to study musical theatre and classical music at the Western Australian Academy of Performing Arts. Although he was initially eyeing a career in music, Jeffries switched gears and threw himself into stand-up comedy while still completing his degree.

Career: Upon starting his stand-up career, Geoff adopted the stage name "Jim Jefferies." Although he started his career with short-form jokes, he later adjusted his stand-up routine to include anecdotal humor, especially after performing long sets. Ironically, one of his first major breakthroughs wasn't really related to his comedy sets, but rather an incident when he was attacked on stage in London, England. The incident received international attention.

However, Jefferies' HBO special "I Swear to God" proved to be popular in the United States, and he has since performed all over the world. In 2016, Jefferies released a Netflix special entitled "Freedumb." He followed up with his "The Unusual Punishment Tour" with all-new material. In 2018, he filmed his "This is Me Now" special in London and continued with tours through Australia.

In 2013, Jim Jefferies launched his own sitcom entitled "Legit" on FX. Although it was canceled after two seasons, "Legit" received a positive reception among the disabled community. In 2017, Jefferies started hosting "The Jim Jefferies Show" on Comedy Central. Show show became famous for tackling a range of controversial topics and concluded in 2019 after three seasons. Outside of these projects, Jefferies is known for hosting podcasts, appearing in films, and taking part in various comedy panel shows. In 2019, it was announced that he would be starring in his own sitcom called "Jefferies," and that he would play a fictionalized version of himself.

Relationships: After starting a relationship with actress Kate Luyben, Jim Jefferies welcomed his first child into the world in 2012. Luyben and Jefferies are no longer together.

Real Estate: In 2012, Jefferies reportedly purchased a property in the neighborhood of Mount Olympus in Los Angeles. He paid $1.255 million for the residence, which features 3,500 square feet of living space, granite counters, and four bedrooms. In 2019, Jim apparently put the property on the rental market, asking $9,600 per month in the hopes of raking in some serious passive income.

In 2018, reports suggested that Jefferies had acquired another property in Studio City. He paid $3.15 million for the residence, which was a notable upgrade compared to his Olympus Perch home. It's easy to see why when you consider the property's 5,100 square feet of living space, its state-of-the-art security system, and its swimming pool.

Car Collection: Jim Jefferies is famous for his love of automobiles, and has amassed quite the collection over the years. Like many Australians, he has a soft spot for Holdens and owns a Holden Gemini. He later upgraded to a Ford Laser before splurging on a BMW 318i before purchasing a BMW 316S. Today, he favors a 2011 Dodge Challenger STR8, which is the most high-performance model of that particular car. 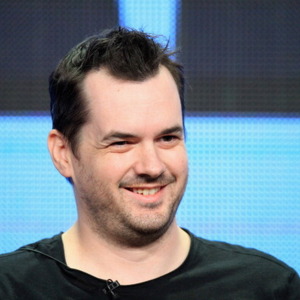