Jim Gaffigan Net Worth: Jim Gaffigan is an American stand-up comedian, actor and author who has a net worth of $30 million. In recent years Jim has been one of the highest-paid comedians on the planet. In a touring year, his earnings can approach $15-20 million.

Early Life and Career Beginnings: James Christopher Gaffigan was born on July 7, 1966, in Elgin, Illinois. His parents are Marcia Mitchell, a charity worker and fundraiser, and Michael A. Gaffigan, a banker and the former president and CEO of the Mercantile National Bank of Indiana. He is the youngest of six children, and was raised in Chesterton, Indiana, with all of his siblings. Both of his parents died from cancer; his mother in 1990, and his father in 1999.

During his teenage years, Gaffigan often watched comedy shows like "Saturday Night Live". His father was the first in the family to attend college, and often encouraged his children to attend college and pursue more "secure" careers. However, Gaffigan knew he wanted to pursue a career in acting as early as age five. He attended La Lumiere School in La Porte, Indiana, where he was a member of the football team. He then continued his education at Purdue University, before transferring to Georgetown University after just a year. He graduated from Georgetown in 1988 with a Finance degree.

For a brief time after graduating from college, Gaffigan worked as a litigation consultant. Then, in 1990, he moved to New York to pursue a career in comedy. A big inspiration for him at this time was David Letterman, who is also from Indiana. In New York, Gaffigan worked a day job in advertising and took nighttime acting classes. Then, after taking a stand-up seminar, he fell in love with stand-up and starting playing at comedy clubs. The first seven years of his career were spent trying out different styles. Eventually, after auditioning multiple times for "The Late Show with David Letterman" over the course of six years, he finally landed the opportunity to perform on the show. His stand-up routine was successful and well-received, and helped him launch his career in earnest.

Career: David Letterman was so impressed by Gaffigan's first appearance on his show that he handpicked him to develop a sitcom for the Letterman-owned production company World Wide Pants. Gaffigan's next successful venture was as a guest star on a list of hit shows including That '70s Show (1998), Sex and the City (1998), Third Watch (1999), Ed (2000) and Law & Order (1990). Gaffigan's humorous quips have earned him over 2 million Twitter followers and he was listed by Rolling Stone as one of the "25 funniest people on Twitter" in 2012. 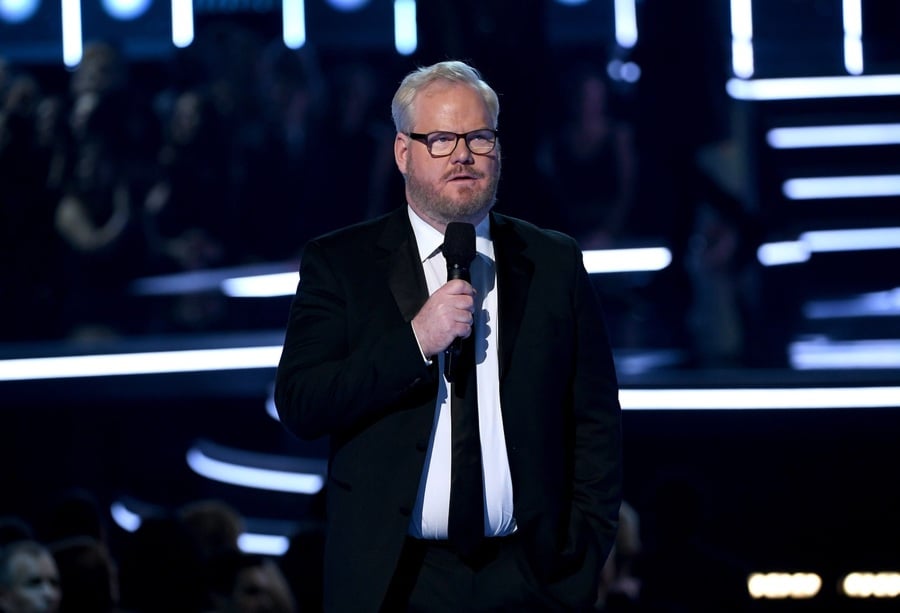 Additionally, Gaffigan is known for his voice-over work. From 2005 to 2008, he voiced an animated version of himself on "Pale Force" alongside Conan O'Brien. He also produced the series, which was nominated for a Daytime Emmy in 2007 for Outstanding Broadband Program – Comedy. Other shows he has voiced characters on include "Bob's Burgers", "Shorty McShorts' Shorts", "Wordgirl", "Star vs. the Forces of Evil", and the animated film "Duck Duck Goose".

Gaffigan is a best-selling published author. His first book, "Dad Is Fat", was released in 2013, and debuted at No. 5 on The New York Times Best Seller's list. The title of the book was derived from the first complete sentence his eldest son wrote on a dry-erase board at the age of four or five. "He showed it to me," Gaffigan recalled in an interview, "and I laughed and then I put him up for adoption." The book is a collection of essays dealing with the raising of his children, as well as memories from his own childhood. Gaffigan signed with Crown Publishing in June 2013 to write a second book of comic essays. "Food: A Love Story" was published in 2014.

Personal Life: Gaffigan married actress Jeannie Gaffigan (née Noth), in July 2003. Together, the couple have five children. Jeannie is a frequent collaborator with Gaffigan, and helps him write and work on much of his material. She is a credited writer and/or producer on many of his comedy works, his two books, and also his television show.

Income Details: Between June 2017 and June 2018, Jim Gaffigan earned $18 million from his various endeavors. That was enough to make him one of the 10 highest-paid comedians on the planet at the time. 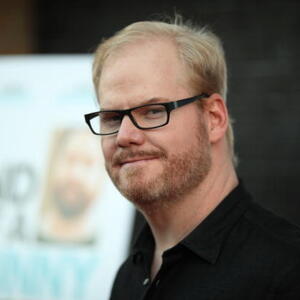