What Is Jim Florentine's Net Worth?

Jim Florentine is an American comedian, actor, writer, radio host, and podcaster who has a net worth of $1 million. Florentine began his professional career as a stand-up comic in New York City, and he rose to national recognition in 2001 when he released the CD "Terrorizing Telemarketers Volume 1," which became the second most popular CD on Amazon that year after it was played on "The Howard Stern Show" multiple times. Jim co-hosted VH1 Classic's "That Metal Show" from 2008 to 2015, and he voiced numerous characters on Comedy Central's "Crank Yankers" (2002–2007; 2019–present).

He has hosted the Sirius XM radio show "Metal Midgets" and the podcasts "Comedy, Metal, Midgets" and "Everybody Is Awful (Except You)," and his book "Everybody is Awful (Except You!) topped the Book Soup nonfiction chart in 2018. Florentine has released the comedy albums "Jim Florentine LIVE: GET THE KIDS OUT OF THE ROOM," "Anger is a Gift," "Cringe and Purge," "Awful Jokes From My First Comedy Notebook," "I'm Your Savior," "A Simple Man," and "I Got The House." Jim wrote the 1998 film "White Chicks, Incorporated" and the 2009 documentary short "Who Is Mike Bocchetti?" He also appeared on HBO's "Inside the NFL" in 2004, and it earned him a Sports Emmy Award for Outstanding Studio Show – Weekly in 2005.

Jim Florentine was born James Florentine on August 18, 1964, in Brooklyn, New York. Jim grew up in New Jersey and Florida with six siblings, and he attended Catholic school at St Ambrose. Florentine originally wanted to pursue a music career because he loved heavy metal music, but he has joked that he was never talented enough to learn an instrument. As a teenager, Jim struggled with drug and alcohol addiction and spent some time in rehab. Florentine majored in communications in college and was a DJ on the school's radio station, WCNJ. He later landed an internship with a different radio station, and he said of the experience, "In the daytime it was a soft rock station but at night you could play whatever you wanted. They gave me a Thursday night slot from 8:00 to 10:00 where I just played heavy metal and it was amazing. Two of my friends were sidekicks and we'd just play metal songs and talk in between trying to pick up girls."

Jim released "Terrorizing Telemarketers Volume 1" in July 2001, and it peaked at #17 on the "Billboard" Internet charts. He went on to release five more volumes, and after the release of the second volume, Jimmy Kimmel and Adam Carolla hired him for their upcoming show "Crank Yankers," which featured puppets reenacting prank phone calls made by comedians. Florentine voiced developmentally disabled Special Ed and stoner Bobby Fletcher on the series, and though he returned when the show was revived in 2019, Special Ed is not a character in the revival because he has been deemed too offensive for today's audience. After the first season of the show, rapper Eminem flew Florentine to Detroit to make prank calls with him, and in 2004, they did a bit on the MTV Video Music Awards. In 2002, Jim appeared in the films "Rock Bottom" and "Four Deadly Reasons," followed by "Secret War" (2003), "Grace and the Storm" (2004), and "Beer League" (2006). In 2008, he performed stand-up comedy on HBO's "Down and Dirty with Jim Norton," and he began co-hosting "That Metal Show" with Eddie Trunk and Don Jamieson. The series aired 127 episodes, and it ended when VH1 Classic transitioned to MTV Classic. Florentine and Jamieson also teamed up for "Meet The Creeps," a series of hidden camera DVDs that feature the duo pulling pranks on unsuspecting people. 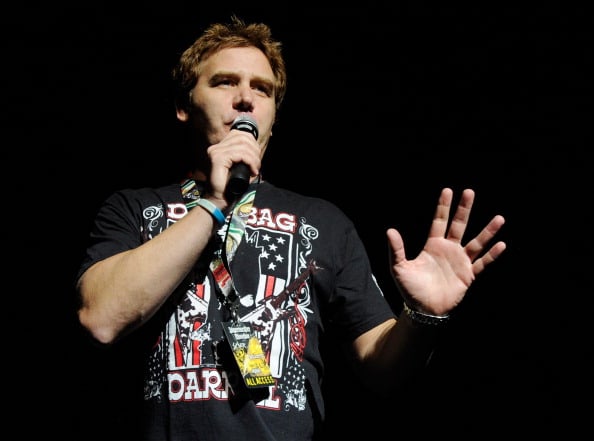 Jim appeared in the 2010 film "A Little Help" alongside Jenna Fischer, and his 2011 comedy album "Cringe N Purge" reached #5 on the "Billboard" Comedy Albums Chart and #3 on iTunes. In 2012, he hosted the OMA Awards (MTV's Online Music Awards) in 2012, opened for Metallica at Orionfest, and released the album "Awful Jokes From My First Comedy Notebook," which peaked at #10 on the "Billboard" Comedy Albums Chart. From 2013 to 2014, Florentine appeared in five episodes of Comedy Central's "Inside Amy Schumer," and he reunited with Schumer in the 2015 film "Trainwreck." He guest-starred on Showtime's "Californication" and HBO's "Girls" in 2014, and he had a memorable role in the final episode of the FX series "Louie" in 2015. In 2016, Jim starred in the comedy specials "A Simple Man" and "I'm Your Savior," and "A Simple Man" has been called his "best work to date." He appeared in the 2017 film "Pitching Tents" and the 2021 documentary "The History of Metal and Horror," and he released the comedy special "Bite the Bullet" on YouTube in 2021.

In 2006, Jim's girlfriend of six years, Jade, died by suicide. In 2012, he wrote about the tragedy for "xoJane" magazine, stating that after Jade's death, "I immediately thought to myself that I had failed as a human being. Why wasn't I there for her when she needed me the most? Why was I out doing some stupid comedy show and not there to save her? She left me a note, and I remember trying to read it, and it made no sense. I just couldn't comprehend it." Florentine spoke about Jade's suicide in the critically-acclaimed comedy special "I'm Your Savior." During a 2007 appearance on "The Howard Stern Show," Jim asked co-host Robin Quivers on a date, and nearly a year later, she announced on the air that they had ended their relationship and that the breakup was amicable. Florentine married lacrosse coach Samantha Warner in 2012 after meeting at a Kid Rock concert. The couple welcomed a son, Luke, before divorcing in 2015. Jim reportedly hired private investigators to follow Samantha at one point during their marriage and discovered that she was having an affair with police officer Eric Otten. Florentine subsequently wrote a letter to the Monmouth County Prosecutor's Office and Matawan Police Chief Jason Gallo asking that Otten be prosecuted for public lewdness due to the fact that the officer had engaged in sexual relations with Warner in her car. 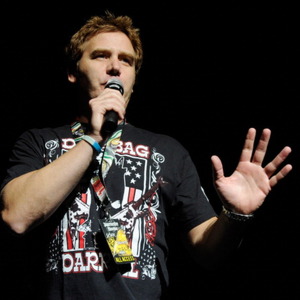