Jim Davidson net worth: Jim Davidson is an English comedian and television host who has a net worth of $10 million dollars. Jim Davidson was born in Kidbrooke, London, England, and began his professional performing career doing impressions when he was in elementary school. After working several odd jobs in his teens, he filled in for a comedian who didn't show up at the local pub.

His impromptu act led to regular appearances on the London comedy circuit. He went on to win the show, "New Faces", and to subsequently make several television appearances. He appeared on such sitcoms as "Up the Elephant and Round the Castle" and "Home James". He also hosted his own show, "The Jim Davidson Show", and such programs as "Big Break" and "The Generation Game". He also tours with his own comedy shows regularly. His humor in his live shows is known for being quite crude and adult in nature. He is regularly the subject of controversy and has been taken to court multiple times. 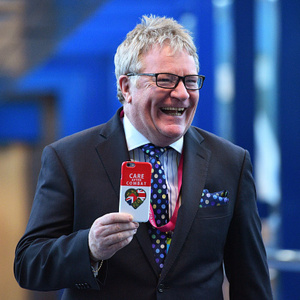