What is Jim Breuer's Net Worth?

Jim Breuer is an American stand-up comedian, actor, radio host, writer, and musician who has a net worth of $3 million. Breuer is probably most famous for being a cast member on "Saturday Night Live" (1995–1998), on which he played characters such as Goat Boy, host of "Hey, Remember the 80s?," and Glen Henderson, the brother of Chris Kattan's Azrael Abyss, in the "Goth Talk" sketches.

Jim Breuer was born James E. Breuer on June 21, 1967, in Valley Stream, New York, which is part of Long Island. Jim's father was a World War II veteran, and when he was 84 years old and suffering from dementia, Breuer took him on tour and filmed it for the documentary "More Than Me." Jim Sr. passed away in 2014, and soon after, Breuer's sister died of cancer. Jim's father lived with him until his death, and in 2017, Breuer brought hospice care into his home for his mother.

Breuer began his comedy career on "The Uptown Comedy Club" in 1992, and that year he also guest-starred on the TV series "Welcome Freshmen." In 1995, he joined the cast of "Saturday Night Live" and became known for his impersonation of Joe Pesci as a talk show host (alongside Colin Quinn as Robert De Niro). In 1997, the real Pesci and De Niro appeared in a "Joe Pesci Show" sketch in which they confronted Breuer and Quinn for portraying them as caricatures of their movie characters and proceeded to beat them up.

Jim guest-starred on "Home Improvement" in 1995, along with Dave Chappelle, and their appearance led to the short-lived ABC sitcom "Buddies." Breuer appeared in the pilot, then was fired and replaced with Christopher Gartin; the series was canceled after airing five episodes.

In 1998, Jim left "Saturday Night Live," starred in "Half Baked" with Chappelle, and hosted MTV's "The Jim Breuer Show." In 1999, he appeared in the film "Dick," which also starred "SNL" cast members Will Ferrell and Ana Gasteyer, and he followed it with "Once in the Life" (2000) and "One Eyed King" (2001). In 2002, Jim starred in "Hardcore," his first one-hour Comedy Central special, and the following year, he took part in the "Comedy Central Roast of Denis Leary." 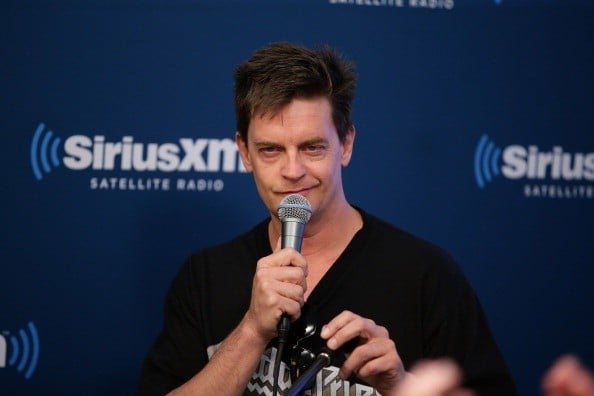 Breuer appeared in the films "Crooked Lines" (2003) and "Beer League" (2006) and hosted season three of VH1's "Web Junk 20" (2006), then he voiced Spike the crow in the 2011 Kevin James movie "Zookeeper." His second one-hour Comedy Central special, "Let's Clear the Air," premiered in 2009 and became one of the network's highest-rated comedy specials of all time; his next one-hour special, "And Laughter for All," aired on Epix in 2013. He appeared in the films "The English Teacher" (2013), "School Dance" (2014), "Quitters" (2015), and "Rock and a Hard Place" (2016), and from 2016 to 2017, he played Father Philip in four episodes of the Kevin James sitcom "Kevin Can Wait." In 2017, Jim appeared as himself in an episode of the Disney Channel series "Liv and Maddie." Breuer has also appeared in several commercials for Pizza Hut's stuffed crust pizzas, which featured Jim using the catchphrase "Jackpot!," and he served as a sit-in comedian on "The Opie and Anthony Show" on WNEW-FM and XM Satellite Radio. He hosted "Fridays with Jim Breuer" on Sirius Satellite Radio's "Raw Dog Comedy," and in 2011, Breuer and comedian Pete Correale launched "The Podcast Masters."

In 2005, Breuer was featured in the VH1 documentary "When Metallica Ruled the World" and went on to form a close relationship with the band. In 2011, he took part in Metallica's 30th Anniversary shows, and he served as their opening act in 2018. Jim also has a band of his own, Jim Breuer and The Loud & Rowdy. The band released the album "Songs From The Garage" in 2016, and AC/DC's lead singer, Brian Johnson, one of Breuer's close friends, performed on several of the album's tracks.

In 2015, their former neighbor received five years probation for charges stemming from his harassment of Jim. Breuer had formerly been friendly with the neighbor, but he told a judge that after the man's marriage ended, he began exhibiting hostile behavior toward Jim, even going as far as calling the police to accuse Breuer of kidnapping his children. The neighbor also posted derogatory comments about Jim on YouTube as well as Breuer's address and phone number, and he falsely reported that Jim had left him a note that threatened his life, but since Breuer's name was misspelled, police came to the conclusion that the neighbor wrote the note himself. 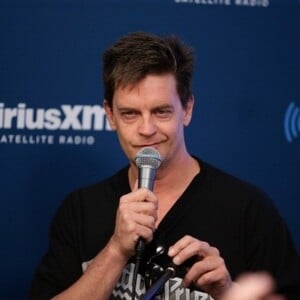