Jim Bowen net worth: Jim Bowen was an English stand-up comedian and television personality who had a net worth of $3 million at the time of death. Jim Bowen died on March 14, 2018 at the age of 80.

Jim Bowen was born in Heswall, Cheshire, England in August 1937. He was best known for hosting the TV game show Bullseye from 1981 until 1995. Bowen appeared in episodes of the TV series You Must Be Joking!, Screenplay, The Jim Davidson Show, Muck and Brass, Foxy Lady, News at Twelve, Family Fortune, Last of the Summer Wine, Jonathan Creek, Phoenix Nights, and The Afternoon Play. For three years he presented on BBC Radio Lancashire and late into his life he hosted a morning radio show in Cumbria. He has released the stand-up DVDs Live in 1993 and You Can't Tell These Anymore! in 2003. 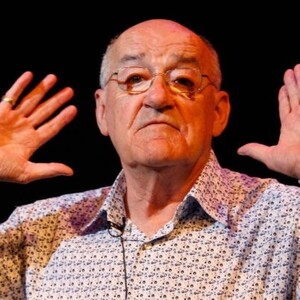