Jillian Bell net worth: Jillian Bell is an American actress, writer, and comedian who has a net worth of $2 million. Jillian Bell was born in Las Vegas, Nevada in April 1984. She started studying improve at eight years old and moved to Los Angeles and became a member of the Groundlings after high school. From 2007 to 2008 she starred in the TV series short Preppy Hippies. From 2012 to 2013 Bell starred as Renata in the television series Partners and in 2013 she starred as Dixie in the series Eastbound & Down. She provided the voice of Lex Lightning in the television series SuperMansion in 2015. Bell has starred as Jillian Belk in the TV series Workaholics since 2011 and as Gene Russel in the series Idiotsitter since 2014. She has also starred in the movies Bridesmaids, The Master, 22 Jump Street, Inherent Vice, Goosebumps, The Night Before, The Angry Birds Movie, Charming, Office Christmas Party, and Fist Fight. Bell wrote for the TV series Saturday Night Live from 2009 to 2010 and wrote for and created the series Idiotsitter. She was nominated for a Primetime Emmy Awards in 2010 and for two MTV Movie Awards in 2015. 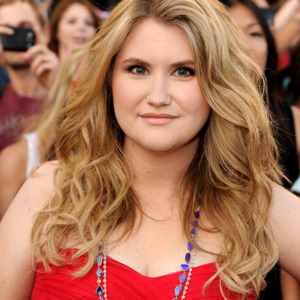