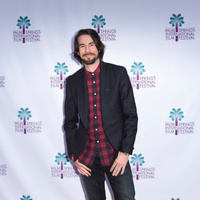 Jerry Trainor net worth: Jerry Trainor is an American actor and comedian who has a net worth of $1.5 million dollars. Born in San Diego, California, Jerry Trainor began studying acting with the famous improv comedy, The Groundlings, in Los Angeles. He began his professional career on Nickelodeon, appearing on the show, "6 to 8 Frozen Zone". From there, he went on guest starring roles in such television shows as "Malcolm in the Middle", "My Wife and Kids", "ER", "Angel", and "Crossing Jordan". He also appeared in the films, "Donnie Darko" and "Bring It On Again". In 2004, he began a recurring role on the show, "Drake & Josh". However, it was his role as Spencer Shay on the hit show, "iCarly" that would finally make him a household name. He has since appeared in multiple "iCarly" and "Drake & Josh" television films, and is also the voice of Dudley Puppy on "T.U.F.F. Puppy".