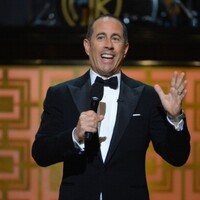 What is Jerry Seinfeld's net worth and salary?

Jerry Seinfeld is an American comedian, television producer, actor and car collector. Jerry Seinfeld's net worth is $950 million. Jerry earned the vast majority of his fortune thanks to the sitcom "Seinfeld" which has proven to be one of the most-profitable shows in television history, in terms of syndication royalties. Jerry owns 15% of the show's backend equity points. So not only did he earn a fortune from base salary while the show was on, he has earned exponentially more in the years thereafter from global syndication sales.

Jerry personally earns $20-50 million in a given year, largely depending on if he is touring or not. He earns $20 million from a national tour. In 2020 Netflix paid him $20 million for exclusive rights to his special "23 Hours to Kill". Between June 2019 and June 2020 he earned $50 million thanks largely to Netflix deals and touring.

Jerry Seinfeld was born on April 29, 1954 in Brooklyn, New York. He grew up in Massapequa, New York. He attended State University of New York at Oswego for two years. After his second year he transferred to Queens College where he earned a degree in communications and theater. He developed a passion for stand-up comedy while at Queens College and would periodically appear at open-mic nights. After college Jerry spent nearly 15 years grinding out a career as a stand-up comedian before hitting the television jackpot. He was a successful touring comic when in May 1981 he had an extremely successful appearance on The Tonight Show Starring Johnny Carson. This appearance led to many more appearances on The Tonight Show and other late night programs like Late Night with David Letterman.

In 1989 Jerry teamed up Larry David, a one-time writer on SNL, to create a television pilot for NBC which they originally titled "The Seinfeld Chronicles". The re-named "Seinfeld" would eventually air 180 episodes over 9 seasons and today is considered one of the best shows of all time. It is also one of the successful shows in television syndication history, generating over $4 billion in revenue to date.

When you add it all up, Jerry earned just under $60 million in salary alone. Roughly the same as around $100 million after adjusting for inflation.

NBC was desperate to have Jerry come back for a 10th season. They reportedly offered him $5 million per episode to produce one more season. That would have generated $100 million for the season. Had Jerry earned $5 million per episode it would still stand today as the highest per episode fee ever paid to a television actor, more than doubling the $1.8 million Charlie Sheen earned at the peak of Two and a Half Men in 2010.

From the outset of Seinfeld, Jerry and Larry David each owned 7.5% of the show's backend equity points. At the peak of the show's success when Jerry and Larry were negotiating new deals with NBC, they were able to double their ownership stake to 15% each. When the show was first sold into syndication in 1998, it generated $1.7 billion in revenue. That left both Jerry and Larry with $255 million windfalls. As of this writing, Jerry and Larry have both earned at least $800 million off Seinfeld between salary, DVD, merchandise and syndication deals. Larry's net worth unfortunately was cut in half after he divorced Laurie Lennard in 2007.

When Seinfeld sold to Netflix for $500 million in September 2019, both Larry and Jerry earned $75 million. 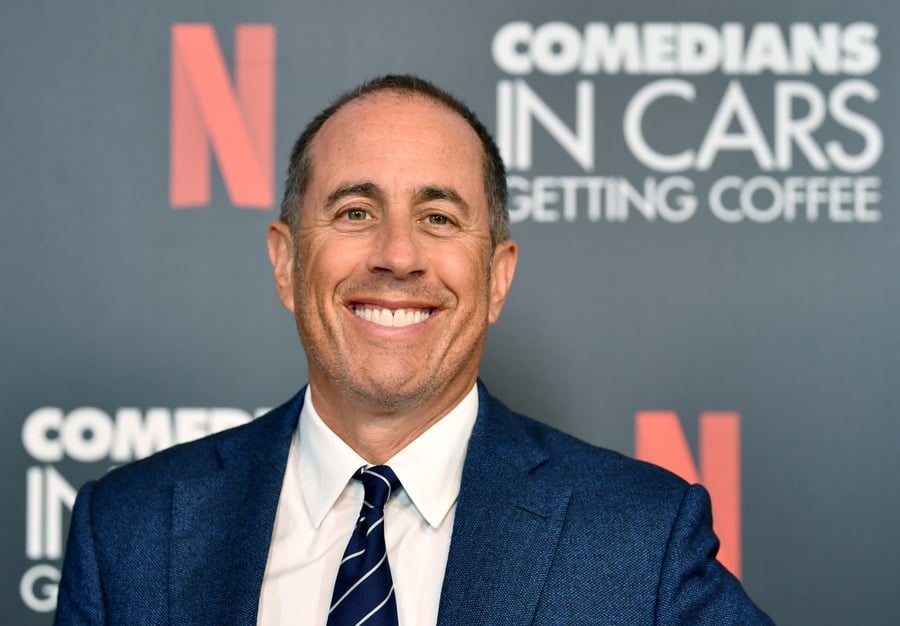 Somewhat infamously, Jerry dated Shoshanna Lonstein for four years, starting when she was 17 and still in high school. He was 38. In 1998 Jerry met Jessica Sklar at a sports club a few months before she was set to marry a theater producer named Eric Nederlander. Three weeks after returning from her honeymoon, Sklar moved in with Jerry and broke up with her husband. The husband filed for divorce just four months after the wedding. Jerry and Jessica married a year later and have been together ever since. They have three children together.

Jerry is one of the largest private collectors of Porshes in the world. He owns a total of around 150 vehicles, of which roughly 45 are Porsches. For many years while living in Los Angeles to film Seinfeld, he kept his collection in a hangar at the Santa Monica airport. In 2002 he spent $1.4 million to acquire a property on the Upper West Side of Manhattan. He proceeded to spend another $500 thousand constructing a garage that can house dozens of cars.

East Hampton: In 2000, Jerry and Jessica paid a total of $32 million over three transactions to put together a 12-acre oceanfront estate in East Hampton, New York. One of the sellers was Billy Joel. They reportedly then spent several million dollars on renovations that included building a large new house on the property and adding a private baseball diamond in the back of the property (Jerry is a massive Mets fan). The Hamptons property has a 22-car garage.

Manhattan: In 2005 the Seinfelds spent $4 million for a townhouse in New York City. Their main NYC home is the entire 19th-floor of a building overlooking Central Park. He reportedly spent so many years renovating that Upper West Side co-ops boards universally implemented new rules against extended renovations. They call it the "Seinfeld Law".

Telluride: In 2007, the couple spent $7.55 million to acquire a 27-acre estate in Telluride, Colorado. A year later they paid $2.3 million for a separate 17-acre adjacent property.

They listed the primary property for sale in 2011 for $18.3 million. They removed the listing for several years, re-listing in March 2021 for $14.95 million. At the same time they also listed the 17-acre adjacent property, which has a four-bedroom home, for $2.775 million.

In February 2022 the sold the primary 27-acre property for $14 million. Here's a video tour of that property:

Other: In 2007 Jerry spent $4.5 million on a warehouse in at the Santa Monica airport, apparently to house cars he still keeps on the West Coast.

In 2011 they bought a relatively-modest lake home in Vermont, near where Jessica grew up.