Jerry Lewis net worth and career earnings: Jerry Lewis was an American comedian, actor, singer, director, producer, and screenwriter who had a net worth of $50 million. In the late 50s and early 60s, Jerry was one of the highest paid entertainers on the planet, able to command large salaries and back end profits from his films. Jerry Lewis first became famous as a funny man in the comic team of Dean Martin and Jerry Lewis. He then became a solo actor in films and TV and a singer, director and producer.

Jerry Lewis had well over 70 acting credits to his name. He has been the recipient of lifetime achievement awards from The American Comedy Awards, Venice Film Festival, and Los Angeles Film Critics Association. Lewis has two stars on the Hollywood Walk of Fame. Lewis is known for being host of the Muscular Dystrophy Association's Labor Day Telethon. He is also the national chair for the MDA. Jerry Lewis died on August 20, 2017 at the age of 91.

Early Life: Lewis was born on March 16, 1926 in Newark, New Jersey. His parents were both Jewish and raised Lewis in a Jewish household. His father, Daniel Levitch, was a master of ceremonies and vaudevillian whose parents had emigrated to the United States from Russia. His mother, Rachael, was a pianist and music director who was originally from Warsaw, Poland. Lewis was originally born as Joseph but decided to go by Jerry in order to avoid confusion with Joe E. Lewis, a comedian, and Joe Louis, a boxer. He attended Irvington High School, where he was known for pulling pranks, until he dropped out during his tenth grade year.

Career: By the time Lewis was 15, he had already developed his own act as a mime and began performing at some clubs, theaters, and hotels in New York. In 1945, Lewis met Dean Martin, a young singer. The two decided to develop an act together, which quickly rose to national prominence given their attractiveness and charisma. The booked spots on a number of national TV and radio shows like "Toast of the Town" and "Welcome Aboard." In 1950, the duo signed with NBC to become one of the weekly hosts of "The Colgate Comedy Hour" which premiered live every Sunday. The following year, they appeared at the Paramount Theatre in New York and had developed such a strong following that Paramount Pictures began casting Martin and Lewis as ensemble players in films like "My Friend Irma," "The Stooge," and "Scared Stiff," among many others.  Their massive popularity even inspired its own comic series by DC Comics, "The Adventures of Dean Martin and Jerry Lewis" which was published between 1952 and 1957.

However, the duo eventually began to experience strain as Lewis's appearances in films become more critically acclaimed and Martin was no longer as popular. In 1956, they gave their final performance together at a nightclub before going on to have successful solo careers. Lewis decided to record an album, "Jerry Lewis Just Sings," which reached the third spot on the "Billboard" charts. He followed this up with a second album and then began performing regularly at the Sands Hotel and Casino in Las Vegas, as well as a number of other theaters and clubs around the country. These performances helped thrust Lewis even more firmly into the spotlight. DC Comics even published a new comic series entitled "The Adventures of Jerry Lewis" from 1957 to 1971.

His career in film also steadily grew until he signed a contract in 1959 with Paramount for $10 million plus a portion of profits from films over the next seven years, making Lewis the highest paid person in Hollywood at the time. 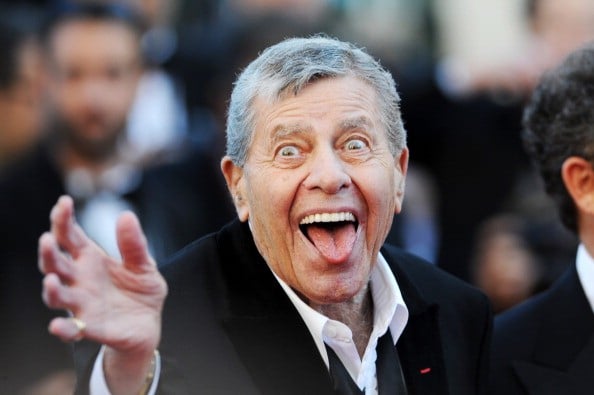 In 1960, Lewis made his debut as a film director, directing "The Bellboy." He then began regularly directing films, in addition to acting in them and producing. In 1963, he directed, wrote, and starred in "The Nutty Professor" which became a huge commercial success and has subsequently spawned sequels and stage adaptations. Lewis continued landing major film roles and working steadily throughout the 1960s and into the 1970s but then took an 11-year absence from film until the 1981 film, "Hardly Working." This film went on to earn $50 million, though it was not loved by the critics.

Though Lewis experienced an increasing number of health problems during the latter half of his life, he still acted and directed films and television shows and continued recoding music. His final film was the 2016 movie "Max Rose." He also appeared on popular talk shows and podcasts during his final years, like "WTF with Marc Maron" and "Comedians in Cars Getting Coffee."

Personal Life: Lewis married Patti Palmer in October of 1944. The couple had six children together, five biological and one adopted. During their 35 years of marriage, Lewis was open with his pursual of other women and discussed having affairs with Marilyn Monroe and Marlene Dietrich in interviews. In 1980, his first wife filed for divorce due to Lewis's infidelity and his extravagant spending to maintain his lifestyle. Their divorce was finalized in 1983 and thereafter Lewis excluded the children he had with Palmer from inheriting any part of his estate.

The same year that his divorce was finalized, Lewis married former ballerina and stewardess Sandra Pitnick. The two had met on set for one of Lewis's films, "Hardly Working," in which Pitnick had a minor role. They had an adopted daughter together and remained married for 34 years until Lewis died.

Throughout his life, Lewis had several health problems and illnesses. After sustaining a back injury during a comedy performance, Lewis became addicted to Percodan for thirteen years before finally kicking the addiction in 1978. He also suffered from a number of heart problems, having his first heart attack at the age of 34 in 1960. Following another heart attack in 1982, he had a double-bypass surgery.

He also had prostrate cancer, diabetes, and pulmonary fibrosis, all of which grew progressively more serious in the later years of his life. At the age of 91 in 2017, Lewis died at his home in Las Vegas from cardiac and peripheral artery disease. He left his entire estate to his second wife and their daughter.

Following his death, multiple marquees in Las Vegas displayed Lewis's image to commemorate the many years that Lewis had performed in the city as a headliner. 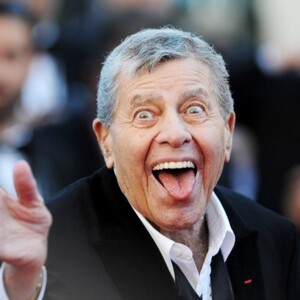