Jenny Jones net worth: Jenny Jones is a Canadian American talk show host and stand-up comedian who has a net worth of $10 million. Jenny Jones was born in Jerusalem in June 1946. Her family moved to Italy and then Canada. She was a drummer in a rock band before starting her stand-up career in the 1980s.

Jones was a contestant on The Price is Right in 1979 as well as Match Game in 1981 and Press Your Luck in 1985. He hosted The Jenny Jones Show from 1991 to 2003. Since 2012 she has hosted the television series Jenny Can Cook. She became a women's health advocate and 100% of the proceeds from her 1997 autobiography Jenny Jones: My Story were donated to breast cancer research which she suffered from. She also started The Jenny Jones Foundation in 2005. She has been married three times. 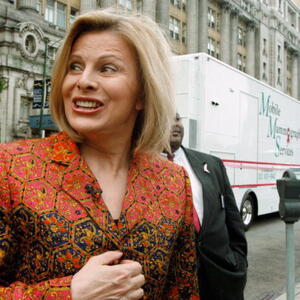