Jemaine Clement Net Worth: Jemaine Clement is a New Zealand musician, actor, comedian, writer, director, and producer who has a net worth of $6 million. Clement is best known as a member of Flight of the Conchords, which he and fellow Conchord Bret McKenzie have described as the "fourth-most-popular folk duo in New Zealand." The pair starred in the critically-acclaimed HBO series "Flight of the Conchords" from 2007 to 2009, and they have released two studio albums, two live albums, and an EP.

Early Life: Jemaine Clement was born Jemaine Atea Mahana Clement on January 10, 1974, in Masterton, New Zealand. He grew up in the Wairarapa area with a Māori mother and two brothers, and he graduated from Makoura College. Jemaine then moved to Wellington and enrolled at Victoria University of Wellington to study film and drama. He met Taika Waititi there, and the two formed the comedy troupes The Humourbeasts and So You're a Man together. The Humourbeasts created a stage show called "The Untold Tales of Maui," and when they toured New Zealand with it in 2004, they won the Billy T Award, the country's most prestigious comedy honor. Clement's future Flight of the Conchords bandmate Bret McKenzie was a member of So You're a Man, and the two were roommates at Victoria University

Music Career: Clement and McKenzie formed Flight of the Conchords in 1998, and they first performed on TV in May 2000 on the Wellington show "Newtown Salad." They released the live album "Folk the World Tour" in November 2002, and followed it with the EP "The Distant Future" in August 2007. The band's 2008 self-titled studio album was certified 2× Platinum in New Zealand and reached #1 on the Official New Zealand Music Chart as well as the U.S. "Billboard" Alternative Albums, Comedy Albums, Independent Albums, and Top Rock Albums charts. Bret and Jemaine then released the 2009 studio album "I Told You I Was Freaky" and 2019's "Live in London" (which first aired as an HBO comedy special). They also had a comedy radio series on BBC Radio 2 in 2005, and they have performed on "Late Show with David Letterman," "Late Night with Conan O'Brien," "The Late Show with Stephen Colbert," "The Late Late Show with Craig Ferguson," and HBO's "One Night Stand." Clement and McKenzie released the charity single "Feel Inside (And Stuff Like That)" in 2012 to benefit the New Zealand organization Cure Kids, and in 2010, they voiced performing arts camp counselors on "The Simpsons" episode "Elementary School Musical." Besides his work with Flight of the Conchords, Jemaine has performed on the "Rio," "Rio 2," and "Muppets Most Wanted" soundtracks.

Acting Career: In 2002, Jemaine starred in the New Zealand film "Tongan Ninja," which he co-wrote with director Jason Stutter. The two would work together again in 2009's "Diagnosis: Death" and 2010's "Predicament." In 2007, Clement appeared in the Taika Waititi film "Eagle vs Shark" and began starring on "Flight of the Conchords" with Bret McKenzie and fellow New Zealander Rhys Darby. The series was nominated for numerous awards, and in 2019, "The Guardian" ranked it #65 on its "100 best TV shows of the 21st century" list. Jemaine received an Independent Spirit Award nomination for his performance in 2008's "Gentlemen Broncos," and in 2010, he co-starred with Paul Rudd and Steve Carell in "Dinner for Schmucks" and voiced Jerry the Minion in "Despicable Me," which also starred Carell. Clement provided the voice of Nigel in 2011's "Rio," which earned him an Annie Award nomination for Voice Acting in a Feature Production, then he received a Teen Choice Award nomination for Choice Movie Villain for playing Boris the Animal in 2012's "Men in Black 3." 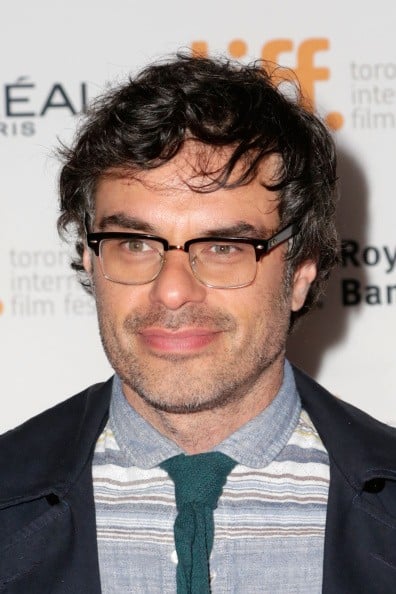 In 2014, Jemaine starred as Vladislav in the award-winning vampire mockumentary "What We Do in the Shadows" and played the Prison King in "Muppets Most Wanted," which McKenzie worked on as a music supervisor and songwriter. He appeared in the 2015 films "Don Verdean" and "People Places Things" and voiced Tamatoa in the 2016 Disney film "Moana," which earned Clement and his castmates a Behind the Voice Actors Award for Best Vocal Ensemble in a Feature Film. In 2016, he guest-starred on Comedy Central's "Inside Amy Schumer" and "Another Period" and launched the podcast "The Mysterious Secrets Of Uncle Bertie's Botanarium." The following year, he voiced Sauron in "The Lego Batman Movie," appeared in the films "Humor Me" and "Brad's Status," guest-starred on the TBS series "Wrecked," and began playing Oliver Bird on FX's "Legion." Clement then starred in 2018's "An Evening with Beverly Luff Linn" and "The Festival," 2019's "Patrick," and 2020's "I Used to Go Here." He co-created the TVNZ 2 series "Wellington Paranormal" with Taika Waititi in 2018 and created the FX series "What We Do in the Shadows" in 2019; he also composed the "Wellington Paranormal" theme music. In 2019, Jemaine was cast as Dr. Ian Garvin in the sequels to the blockbuster film "Avatar."

Personal Life: Jemaine married playwright and theatre actress Miranda Manasiadis in August 2008. Two months later, they welcomed son Sophocles Iraia in in New York City, where Clement was filming Flight of the Conchords. They reportedly chose the name Sophocles because it's the name of Miranda's grandfather, and Iraia was chosen because Jemaine is a descendant of Wairarapa chief Iraia Te Whaiti. When announcing the birth, New Zealand newspaper "The Dominion Post" stated "Sophocles has been described as magnificently cute, with his father's lips." 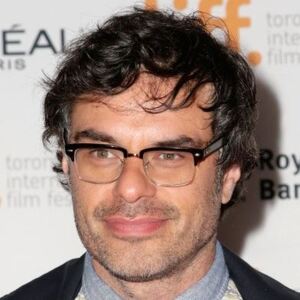