What is Jeff Garlin's Net Worth and Salary?

Jeff Garlin is an American stand-up comedian, actor, voice artist, director, writer, and author who has a net worth of $20 million. Garlin is perhaps best known for playing Jeff Greene on the HBO show "Curb Your Enthusiasm." He also had notable roles in other series, such as "Arrested Development" and "The Goldbergs."

Outside of his television work, Garlin has landed roles in a multitude of film projects. These include not only live-action films like "Safety Not Guaranteed," but also voice acting gigs in animated movies such as "ParaNorman," "Wall-E," "Toy Story 3," and many others. In 2013, Jeff Garlin created his own podcast on the American podcasting network Earwolf.

Jeff Garlin was born on June 5th of 1962 in Chicago, Illinois. Jeff was raised in a Jewish household in Morton Grove, Illinois. His mother was active in community theatre while he was growing up, and his father ran a plumbing supply business. At the age of eight, Garlin was inspired to become a stand-up comedian after watching Jimmy Durante perform in Chicago.

At a young age, it became apparent that Jeff had Wolff-Parkinson-White syndrome, a problem with the electrical system of the heart. Although the risk of complication and death is very low, Jeff had to stop playing sports as a child. In sixth grade, Jeff's father sold his business and the entire family moved to South Florida. Garlin then attended Broward Community College and the University of Miami during the 80s, but he dropped out and decided to begin his stand-up comedy career instead.

Jeff Garlin began his career as a stand-up comedian. By the age of 22, he was living in Chicago and performing with the famous comedy troupe The Second City. During this period, he also worked in the box office with Stephen Colbert. He also spent time living with Conan O'Brien, who was writing comedy at that point. To this day, O'Brien and Garlin are close friends.

Garlin was mostly involved in the production side of things at this point, and he was hired by Denis Leary and Jon Stewart to help develop their comedy specials. His duties included stage directing and script editing. In addition, Garlin worked for Larry David during this period. Although Jeff later transitioned towards film and television, he continued to perform stand-up routines to this day.

During the late 90s, Jeff Garlin appeared on "Mad About You" as Marvin. He appeared in three seasons of the show, finishing in 1999. In the early 2000s, Jeff appeared on the HBO show "Curb Your Enthusiasm." In 2013, he booked a role on the ABC sitcom "The Goldbergs." He was also known for his role as 'Uncle Kelbo' during this period on the series "Wizards of Waverly Place." 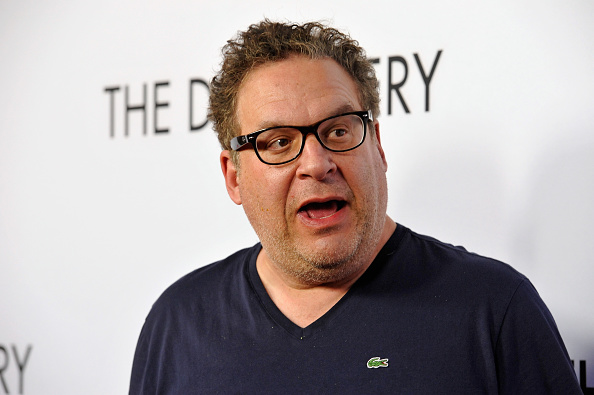 In terms of film work, Garlin's debut came in 1983 with a role in "Spring Break." He later gained a more substantial role in the 1992 comedy "Straight Talk." Garlin is perhaps best known for making cameos in various films, including "Robocop 3," "Run Ronnie Run!,"  "After the Sunset," "Fat Albert," "Sleepover," and "Austin Powers: The Spy Who Shagged Me."

More substantial roles came with 2002's "Full Frontal," and Eddie Murphy's "Daddy Day Care." In 2005, he also booked a supporting role in "Fun with Dick and Jane." In 2008, Garlin joined the cast of "The Rocker." In 2010, Jeff played the role of Buttercup for the first time in "Toy Story 3." He would later go on to reprise this role in 2019's "Toy Story 4." More roles during this period came in films like "The Bounty Hunter" and "Laggies."

In 2006, Jeff directed his first film: "I Want Someone to Eat Cheese With." The film received strong reviews at the Tribeca Film Festival. In 2006, he also directed a one-man-show called "This Filthy World," which was performed by John Water. Another voice acting role came in 2008 with "WALL-E." In 2013, Garline directed his second film, "Dealin' with Idiots." In 2019, Jeff had a cameo role in "Star Wars: The Rise of Skywalker."

In addition, Jeff Garlin has appeared on shows such as "Dr. Katz," "Arrested Development," "Everybody Loves Raymond," "Late Show with David Letterman," "Tom Goes to the Mayor," "The Life and Times of Tim," "The Daily Show," "Late Night with Conan O'Brien," and "Entourage." Jeff also started a podcast/radio show called "By The Way, In Conversation with Jeff Garlin." The final episode of the podcast was released in 2015.

In 1994, Jeff Garlin married Marla Beth. Over the course of their relationship, they had two children together before divorcing in 2018.

During his 20s, Jeff Garlin underwent surgery to correct his heart condition. At the age of 37, Jeff had a stroke. This caused his speech to become slurred during season one of "Curb Your Enthusiasm," although he later recovered fully. Garlin has type II diabetes and has struggled with weight issues over the years. He has discussed these issues publicly, and over the years Garlin has made excellent progress with his general health, diet, and weight.

In 2011, it was reported that Jeff Garlin had purchased a 1,500-square-foot condo in Chicago. Jeff purchased the unit for $592,000, and it sits on Chicago's Gold Coast. The apartment features oak floors, a spacious balcony, and a breakfast bar. In 2009, he listed another property for $826,000. This three-bedroom home then went through three price reductions, eventually plummeting to a listed price of $649,500.

In addition, Garlin reportedly maintains a home in Sherman Oaks. Spanning 3,139 square feet, this residence was first purchased by Jeff for $1.4 million in 2003. This represents his primary residence, and his other condos are most like investment properties. 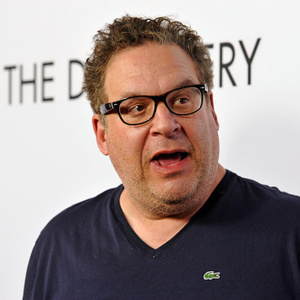