What is Jeff Foxworthy's net worth and Salary?

Jeff Foxworthy is an American stand-up comedian and television personality who has a net worth of $100 million dollars. Foxworthy is famous for his "you might be a redneck" jokes and is a member of the Blue Collar Comedy Tour, a comedy troupe comprised of Bill Engvall, Larry the Cable Guy, and Ron White.

Jeffrey Marshall Foxworthy was born on September 6, 1958, in Atlanta, Georgia to Carol and Jimmy Foxworthy. His father was an executive at IBM. Foxworthy graduated from Hapeville High School and enrolled at Atlanta's Georgia Institute of Technology, however, he dropped out just before graduating. For the next five years, he worked in mainframe computer maintenance at IBM alongside his father. He was always telling jokes at work, and his co-workers urged him to enter the Great Southeastern Laugh-off contest at the Punchline comedy club in Atlanta. He entered in 1984, won the contest, and set off to pursue a career in comedy.

Foxworthy is perhaps best known for his 1993 hit "You Might Be a Redneck If," which started a whole trend of "You Might Be a Redneck" fad. Foxworthy's 1993 album of the same name topped the charts. Foxworthy has released six comedy albums and is the best-selling comedy recording artist of all time. Foxworthy's "Games Rednecks Play" (1995) was nominated for the Best Spoken Comedy Album Grammy in 1996. "The Jeff Foxworthy Show" aired on ABC in 1995. It was canceled after one season. NBC picked up the show and aired an additional season of the sitcom before also canceling it. The series aired in reruns in 2005 and 2006 on CMT and Nick at Night. In 1998, Foxworthy released the album "Totally Committed." There was also an HBO stand-up special by the same name.

The Blue Collar Comedy Tour brought new audiences to Foxworthy's comedy in the early 2000s. Foxworthy, Larry the Cable Guy, Bill Engvall, and Ron White toured the country for three years. Originally, the Blue Collar Comedy Tour was slated for just 20 shows, but it was so popular, that the tour lasted three years. In 2004, Foxworthy launched the television series "Blue Collar TV" on the WB. Foxworthy, Larry the Cable Guy, and Engvall executive produced the series. The show was canceled by the WB in the fall of 2005. CMT picked up "Blue Collar TV" in 2006 and it ran for an additional season.

Foxworthy was the subject of a Comedy Central Roast in 2005.

Foxworthy hosted the quiz show, "Are You Smarter Than a 5th Grader?." The show ran for four seasons on Fox before moving to Nickelodeon. Foxworthy was replaced as host by John Cena.

Foxworthy hosts and produces the game show "The American Bible Challenge." The show debuted in 2012 and has run for three seasons.

He also hosted the food reality competition series "The American Baking Competition," which aired for one season in the summer of 2013. The show was an adaptation of "The Great British Bake Off."

In February 2019, NBC announced that Foxworthy was slated to be a judge for NBC's comedy competition series "Bring the Funny." Any contestants — from solo comics to troupes –who can make audiences laugh will have a shot at the grand prize of $250,000.

In the summer of 2020, Foxworthy announced the launch of the "Are You Smarter Than a 5th Grader?" podcast. 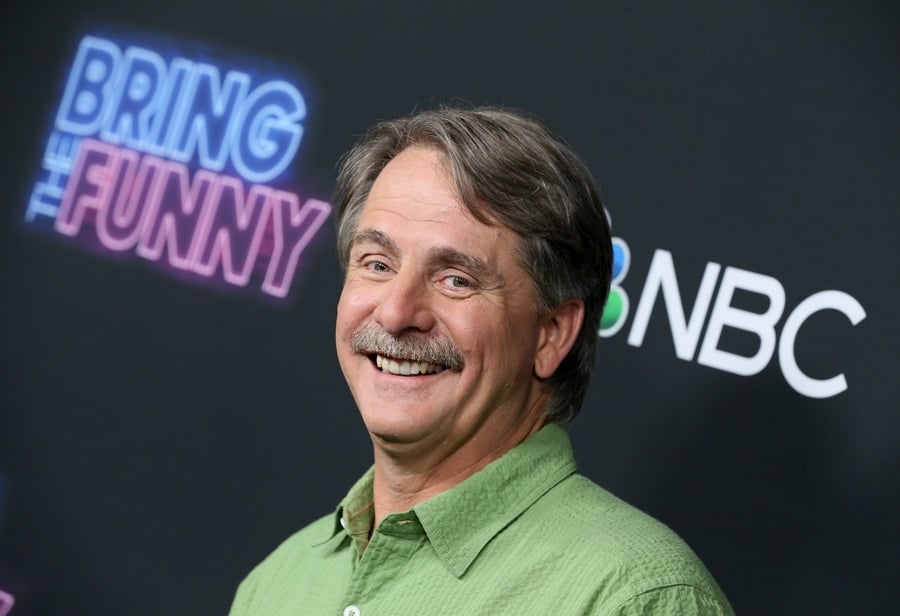 Foxworthy has written several books, including 1989's "You Might Be a Redneck If…," as well as his  1996 autobiography, "No Shirt, No Shoes, No Problem!." He also released a cookbook entitled "The Redneck Grill" and "Redneck Extreme Mobile Home Makeover," a book with some of his redneck jokes, both in 2005. Other books he's written include the three-book Jeff Foxworthy's Redneck Dictionary series that was published between 2005 and 2007. In February 2008, Foxworthy released his first children's book "Dirt On My Shirt." This was followed by two more children's books in 2009 and 2010.

Foxworthy met Pamela Gregg at the Punchline comedy club in Atlanta. They married on September 18, 1985. They have two daughters, Jordan and Julianne.

Foxworthy's upbringing influences his comedy. He has described his dad as having a "classic redneck sense of humor." His dad and his Uncle Jimmy teamed up to play a ventriloquist and his dummy.

Foxworthy broke his nose while attempting to leap from a moving pickup truck into a bale of hay when he was 17.

In a number of interviews, Foxworthy has stated that he came up with his "You Might Be a Redneck If…" act in response to someone calling him a redneck.

In 2010, the internet started circulating a rumor that Foxworthy's daughter Jordan was dead. This was proven to be false. Jordan's IMDB page reveals she was an assistant on the movie "Sully" in 2016 and appeared as herself in her father's 2019 special "Jeff Foxworthy: Stand Up Guy."

In 2019, Foxworthy joked that his daughter Julianne, "traded her inheritance for her wedding." On the one year anniversary of Jules' Foxworthy's marriage, her father captioned a photo from her wedding with the joke. Julianne married Brendan Corley in 2019.

In 2020, Foxworthy shaved his trademark mustache off for the first time in 40 years. In a post on his official Instagram account, he posted a photo of his clean-shaven face and captioned it: "First time I've shaved my mustache in 40 years … clearly I'm bored in quarantine."

Foxworthy and his family live in a mansion in Alpharetta, Georgia, near Atlanta. The home reportedly cost a bit less than $2 million. 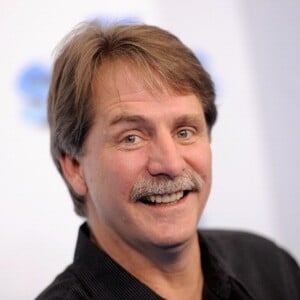