Jeff B. Davis Net Worth

Jeff B. Davis Net Worth: Jeff B. Davis is an American comedian, actor, and singer who has a net worth of $400 thousand dollars. Jeff Davis was born in Los Angeles, California in October 1973. He is best known for being part of the improv comedy show Whose Line Is It Anyway?.

At just four years old he played Linus in You're A Good Man, Charlie Brown at the Groundlings Theater in Hollywood, CA. At the same age he started appearing in commercials. He was cast as Louis in The King and I on Broadway at 11 years old. He toured the U.S. with the production and performed more than 750 times. He first appeared on television in 1986 in the series Highway to Heaven. Davis had recurring roles on the TV series On the Spot and Computerman in 2003. From 2003 to 2004 he starred as Todd Brennan on the series Happy Family. From 2004 to 2005 he starred in the TV series Laser Fart. From 2010 to 2012 Jeff starred as the voice of Dr. Victor Frankenstein on the TV series Mary Shelley's Frankenhole. In 2012 he was nominated for an Annie Award for Voice Acting in a Television Production for Mary Shelley's Frankenhole. He is also known for doing impressions such as Christopher Walken, Keanu Reeves, and Jeff Goldblum. 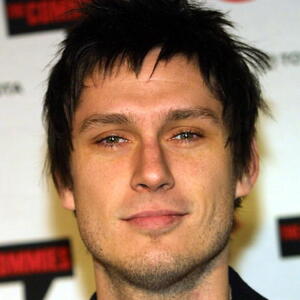