J.B. Smoove net worth: J.B. Smoove is an American comedian and actor who has a net worth of $5 million. Thanks to his breakout role as Leon Black on Larry David's long-running HBO sitcom Curb Your Enthusiasm, Smoove has become a highly sought-after comedian with roles in a variety of feature films and television shows as well as stand-up comedy projects, but in fact he's been a known entity in the comedy world going all the way back to the 1990s.

Early Life: J.B. Smoove was born on December 18th, 1965 in Plymouth, North Carolina, and as you probably already guessed it was not under the name "J.B. Smoove." Instead he was simply Jerry Brooks, who moved to Mount Vernon, New York when he was three years old, while continuing to visit Plymouth thanks to his extended family in the area. As the story goes, it was members of that extended family that went on to inspire much of his comedy material. In 1983, young Jerry graduated from Mount Vernon High School, after which he moved to Virginia to enroll in Norfolk State University, where he studied graphic design and engineering. After college, but before he found his niche as a stand-up comedian, he took on a variety of odd jobs, including, in his own words: "Selling door-to-door fire extinguishers… In bars, I used to repair those machines that have 10 different buttons on them to spray club soda and seltzer." But eventually he found himself onstage telling jokes, and it didn't take long for him to distinguish himself in that area.

Comedy Career: Smoove began performing stand-up comedy in the early 90s (eventually adopting his now famous stage name), first catching the attention of the public eye while appearing as part of Russell Simmons's Def Comedy Jam. His stand-up work led to recurring roles on such series as Everybody Hates Chris and Saturday Night Live, on which he also worked as a writer. In that capacity on Saturday Night Live he received a Writers Guild of America award in 2007 – altogether he was on SNL for three years before moving on to other things. He also earned a permanent spot in the hearts of cult film fans with his role in the 2001 comedy Pootie Tang as the narrator. He also had a two-year run on the sitcom Til Death, but it was his 2007 appearance on the sixth season of Curb Your Enthusiasm that rocketed him to a new level of stardom. On the show he plays Leon Black, unlikely roommate and sidekick to Larry David, and has become a fan favorite for his chemistry with Larry and his penchant for bizarre improvised stream-of-consciousness monologues – in 2017, he even wrote a book in-character as Leon, entitled The Book of Leon: Philosophy of a Fool. 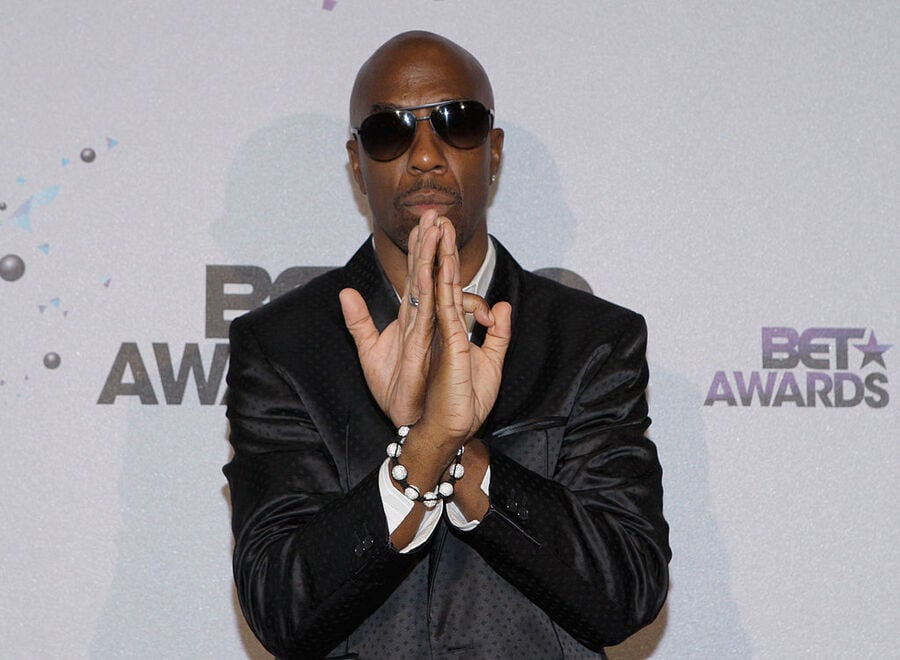 Smoove has continued to work on other projects throughout his appearances on the sometimes sporadic Curb. He was a celebrity judge on a Gong Show revival hosted by comedian Dave Attell, a cast member on Cedric the Entertainer Presents, and in 2010 he hosted the Comedy Central stand-up comedy showcase Russell Simmons Presents: Stand-Up at The El Rey. In 2012 he returned to Comedy Central to make his TV stand-up special debut with That's How I Dooz It, and began racking up more feature film credits in movies like Movie #43 and The Smurfs 2, as well as appearances in more dramatic fare like We Bought a Zoo from director Cameron Crowe. His distinctive, immediately identifiable voice can also be heard in video games (Call of Duty: Black Ops II, Grand Theft Auto V) and on episodes of animated series like Harley Quinn, The Simpsons and American Dad!. In 2014, Smoove hosted the eighth season of the stand-up comedy reality competition series Last Comic Standing, and a couple of years later he did an episode of Comedians in Cars Getting Coffee hosted by Jerry Seinfeld. He appeared (in the role of Santa Claus) in a Christmas-themed Sia music video, and has indulged in his culinary expertise with shows like Four Courses with J.B. Smoove and Hell's Kitchen: Rookies vs Veterans. And he's made memorable impressions as a talk show guest throughout this phase of his career, thanks to his improvisational comedy skills (and the public's boundless curiosity about what Larry David is really like in real life).

Personal Life: Smoove has been married to singer Shahidah Omar since 2007, and the couple have one daughter. Unlike his Curb alter-ego, Smoove is a healthy eater and confirmed vegan, as well as a philanthropist, serving on the local Boys & Girls Club board of directors in Mount Vernon. In 2019, he was one of a variety of North Carolina celebrities to play for the "home team" in the NBA All-Star Celebrity Game at the Bojangles' Coliseum in Charlotte, North Carolina. Then, in 2020, he was honored in another way, being cited by a Page Six story as a big tipper at the New York City eatery Brooklyn Chop House, reportedly leaving a tip to the tune of $1,200 – and he reportedly stuck to the vegan menu. 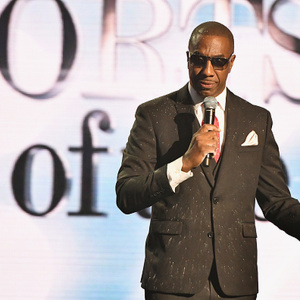