Early Life: Jay Pharoah was born Jared Antonio Farrow on October 14, 1987, in Chesapeake, Virginia. He started doing impressions when he was six years old, beginning with Gilbert Gottfried's Iago from the Disney film "Aladdin." Jay has said, "My father put me in a talent competition a couple of months later, and out of the whole thing I got fifth place." Pharoah has a sister, Shaina, who acts as his manager. Jay attended Indian River High School, and after graduating in 2005, he studied business at Virginia Commonwealth University and Tidewater Community College.

Career: Pharoah began his stand-up career at age 15, performing in Virginia comedy clubs and community theaters. He toured with Charlie Murphy and Corey Holcomb and became known for celebrity impressions like Will Smith, Denzel Washington, and DMX. After his Barack Obama impersonation became popular on YouTube, Jay was hired by "Saturday Night Live" at age 22, joining the cast as a featured player in 2010. He spent six seasons on the show, and during his time on "SNL," he appeared in the films "Lola Versus" (2012), "Underdogs" (2013), and "Balls Out" (2014) and co-starred with Chris Rock in 2014's "Top Five." Pharoah also appeared in the 2014 Ice Cube-Kevin Hart film "Ride Along" and the 2011 TV movie "The Cookout 2." In 2016, he appeared in the film "Get a Job" and voiced Meena's Grandfather in the blockbuster "Sing," which grossed $634.2 million at the box office. That year Jay also co-hosted the American Music Awards with Gigi Hadid and appeared in an Old Navy commercial with his "SNL" castmates Cecily Strong and Nasim Pedrad. 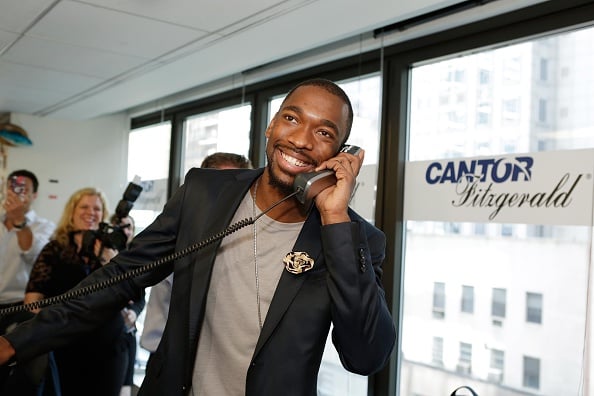 Pharoah voiced Montrel / Randy on Comedy Central's "Legends of Chamberlain Heights" from 2016 to 2017, then he appeared in the films "Unsane" (2018) and "How to Fake a War" (2019) and played the lead role, Floyd Mooney, on the 2017 Showtime series "White Famous," which was based on Jamie Foxx's life (Foxx also executive produced the show). He starred on the 2018 YouTube Premium series "Champaign ILL," and in 2019, he guest-starred on two episodes of ABC's "A Million Little Things" and appeared on "Live in Front of a Studio Audience: 'All in the Family' and 'Good Times'" as James "J.J." Evans Jr. In 2020, Pharoah appeared in the films "Bad Hair" and "All My Life" and starred as an aspiring stand-up comic in "2 Minutes of Fame." In June 2019, it was announced that Jay had been cast as WBLS DJ Frankie Crocker in the film "Spinning Gold," a biopic about record producer Neil Bogart, but by the time filming began two years later, his role had been switched to Casablanca Records executive Cecil Holmes. During the summer of 2020, Pharoah filmed the Netflix romantic comedy "Resort to Love" with Christina Milian, and the cast and crew lived together on a resort in Mauritius while making the film.

Personal Life: In June 2020, in the midst of the George Floyd protests, Jay released a video of an April 2020 incident in which the Los Angeles Police Department held him at gunpoint while an officer knelt on his neck. Pharoah explained, "Four officers got their guns blazing, they tell me to get on the ground, spread my arms out, they put me in cuffs, the officer took his knee, put it on my neck. It wasn't as long as George Floyd, but I know how that feels." The police officers stopped Pharoah because he "fit the description of a black man in this area with gray sweatpants on and a gray shirt." Jay told the officers, "Google right now Jay Pharoah, you will see that you made a big mistake," and after the police received a phone call stating that Pharoah wasn't the man they were looking for, they let him go. Jay said of the traumatic experience, "Black lives always matter. My life matters. I'm still here to tell my story, but I could have easily been an Ahmaud Arbery or a George Floyd. And I'm not, and I can tell my story so I will tell y'all, this is what you need to do: educate yourselves. Educate yourselves on the laws, understand what the cops are saying to you, so if they try to flip anything on you, on young black men, on black men in general, we have the knowledge and we have the power to overthrow that, because we're well-rounded. We know what's going on. Be in the know."

Real Estate: In late 2018, Pharoah paid $2.4 million for a 5,650 square foot home in the Tarzana area of Los Angeles. Built in 2017, the home includes six bedrooms and six bathrooms, and the property features a three-car garage, a fountain, an outdoor kitchen, and a swimming pool with a waterfall. 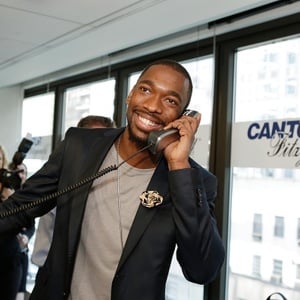