What Is Jay Chandrasekhar's Net Worth?

In 2001 Broken Lizard self-funded the movie "Super Troopers" on a budget of $1.5 million. The movie went on to earn $23.5 million and became a huge success later on DVD.

Broken Lizard, which also includes Kevin Heffernan, Steve Lemme, Paul Soter, and Erik Stolhanske, wrote "Super Troopers," "Club Dread," and Beerfest" as well as the films "Puddle Cruiser" (1996), "The Slammin' Salmon" (2009) and "Super Troopers 2" (2018) and the comedy special "Broken Lizard Stands Up" (2010). Jay produced "Puddle Cruiser" and 2012's "The Babymakers," and he directed both films. In 2005, he was featured on "Fade In" magazine's "100 People in Hollywood You Need to Know" list, and he published the book "Mustache Shenanigans: Making Super Troopers and Other Adventures in Comedy" in 2017.

Jay Chandrasekhar was born Jayanth Jambulingam Chandrasekhar on April 9, 1968, in Chicago, Illinois. His parents, Hema and Arcot, are doctors who are originally from India. Jay was born at the hospital where his parents worked, Cook County Hospital. Chandrasekhar has two sisters who are both lawyers. Jay attended Lake Forest Academy, a boarding school, then he enrolled at Colgate University in New York, where he joined the Beta Theta Pi fraternity and founded the sketch comedy group Charred Goosebeak. At Colgate, he majored in European history and minored in philosophy, graduating in 1990. Chandrasekhar also attended Loyola University in Chicago for a semester.

After college, Jay and the other members of Charred Goosebeak moved to New York City and became known as Broken Lizard. The group spent a few years performing at colleges and clubs before turning their focus to filmed content, beginning with the 1994 short film "Tinfoil Monkey Agenda." Chandrasekhar made his directorial debut with the 1996 film "Puddle Cruiser," which premiered at the 1997 Sundance Film Festival. In 2001, he directed "Super Troopers" and starred as Arcot "Thorny" Ramathorn in the film. Jay reprised the role in 2018's "Super Troopers 2," and in July of that year, he announced that the members of Broken Lizard had begun writing the script for "Super Troopers 3: Winter Soldiers." In 2001, Chandrasekhar directed his first television series, the "Rush and Pledge" episode of Fox's "Undeclared." He directed two more episodes of the series, then he directed a 2003 episode of "Andy Richter Controls the Universe" and four episodes of "Arrested Development" in 2003 and 2004. Jay then directed 2004's "Club Dread" (appearing as Putman in the film), 2005's "The Dukes of Hazzard," and 2006's "Beerfest" (starring as Barry Badrinath). He directed the 2008 TV movie "Held Up," and in 2009, he worked with his cousin, Sendhil Ramamurthy, in the film "The Slammin' Salmon" and the "Psych" episode "Bollywood Homicide." Chandrasekhar also directed the episode as well as three other episodes of "Psych." 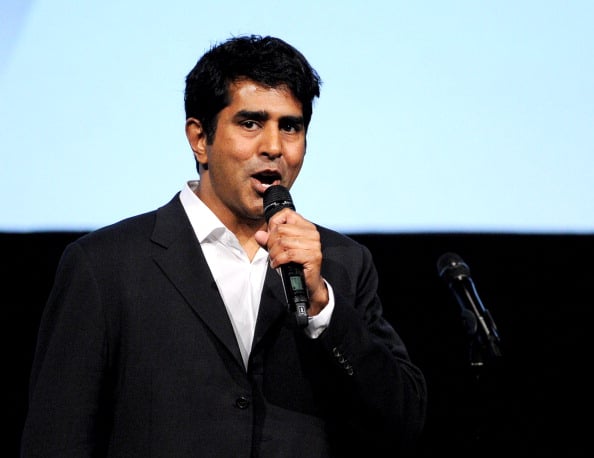 In 2012, Jay directed "The Babymakers" and appeared as Ron Jon in the film, and he also played a porn director in the Broken Lizard-produced comedy "Freeloaders." Around this time, he guest-starred on "Royal Pains" (2012) and "Franklin & Bash" (2013) and appeared in the TV movie "Call Me Crazy: A Five Film" (2013). In 2014, Chandrasekhar directed his first episode of the ABC sitcom, "The Goldbergs," which is set in the 1980s, and he has gone on to direct more than 20 episodes of the series as well as four episodes of its 2019 spin-off, "Schooled." In 2015, Jay guest-starred on "Community," a series he had directed numerous times, and in 2016, he lent his voice to the "Road to India" episode of "Family Guy." In 2018, he served as a guest judge on the Netflix baking competition "Nailed It!," appeared as himself in an episode of "Brooklyn Nine-Nine," and revealed that he had met with Marvel Studios about potentially directing a film in the Marvel Cinematic Universe. In early 2021, it was announced that Chandrasekhar would be directing the comedy "Easter Sunday," which stars comedian Jo Koy; Jay will also appear in the film.

Jay married actress Susan Clarke on September 18, 2005, and they have twin daughters and a son. In 2013, Chandrasekhar spoke to "Paste" magazine about experiencing sudden fame after the release of "Super Troopers," stating, "Mostly it manifested itself in every bartender or doorman having seen the film. So we got into every bar, we stopped really paying for drinks, they would keep bar opens until six in the morning. It was this party culture that really embraced us. I think ultimately we were a group of friends who made movies with private jokes that we had and I think everybody and their friends thought, 'oh that's like us.' It continues to this day with 'Beerfest' and 'Slammin' Salmon' and all these movies. It feels like we're very passionately owned by this crowd that likes to smoke grass and drink."

Chandrasekhar has been nominated for three Online Film & Television Association Awards for Best Direction in a Comedy Series, winning for "Community" in 2012. He was also nominated for the series in 2011, and his other nomination was for "Happy Endings" in 2012. Jay won a Golden Starfish Award for Best American Independent Film for "Puddle Cruiser" at the 1996 Hamptons International Film Festival, and at the SXSW Film Festival, he received a Midnight Films Audience Award for "Super Troopers" (2001) and a nomination for a Narrative Spotlight Audience Award for "The Babymakers" (2012). In 2020, "The Goldbergs" earned a Merit – Honorary Award at the CinEuphoria Awards, and in 2012, Chandrasekhar earned an NAACP Image Award nomination for Outstanding Directing in a Comedy Series for "Happy Endings." 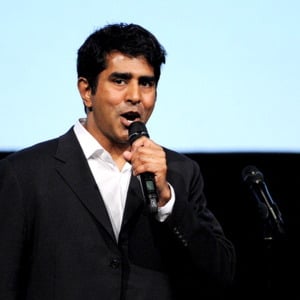