Jasper Carrott net worth: Jasper Carrott is an English comedian, actor and television personality who has a net worth of $50 million. Jasper Carrott was born in Acocks Green, Birmingham, England in March 1945. From 1993 to 1997 he starred as Bob Louis in the television series The Detectives. From 2002 to 2004 Carrott starred as Colin in the TV series All About Me.

Over the years he has appeared in many TV series including An Audience with Jasper Carrott, The Secret Policeman's Other Ball, Carrott's Lib, Jane and the Lost City, Carrott's Commercial Breakdown, Canned Carrott, The One Jasper Carrott, and The One Show. He has also released several albums and written three autobiographies and a novel. In 2008 Carrott won a Lifetime Achievement Award from the British Comedy Awards. He was a part owner of the company Celador which produced the TV series Who Wants To Be a Millionaire? and sold his shares for 10 million pounds in 2006. 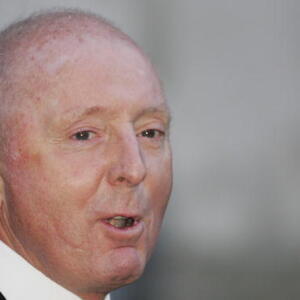