Jason Sklar net worth: Jason Sklar is an American comedian and sportscaster who has a net worth of $3 million. Jason Sklar was born in St. Louis, Missouri in January 1972. He is best known for being one half of the Sklar Brothers with his twin brother Randy Sklar. As an actor Jason Sklar starred as Jason in the television series Apt.

2F in 1997. In 2001 he voiced the role of Chip Oblong in the TV series The Oblongs. The Sklar Brothers hosted the series Cheap Seats: Without Ron Parker from 2004 to 2006. From 2013 to 2015 Jason Sklar starred as Clyde on the television series Mighty Med and in 2016 he starred as Dr. Greene in the TV series Those Who Can't. Sklar has frequently appeared on the TV series Trading Spaces, Chelsea Lately, Jim Rome on Showtime, That's Racist with Mike Epps, and YDIW with the Sklar Brothers. In 2010 he was nominated for two Streamy Awards for Back on Topps. 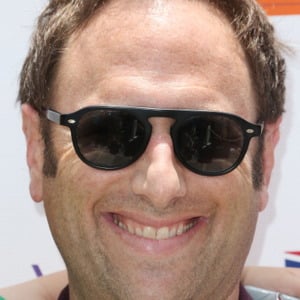