Jason Nash net worth: Jason Nash is an American comedian, actor, and writer who has a net worth of $1 million. Jason Nash was born in Boston, Massachusetts. He created the web series Jason Nash is Married based on his one person show In The Land of Tall Buildings and Red Fire Engines.

In 2010 he was a semi-finalist on the reality television series Last Comic Standing. Nash was a part of the Upright Citizens Brigade and was part of the sketch troupe Price, Nash and Blieden. In 2010 he won a Streamy Award for Best Ensemble Cast in a Web Series for Back on Topps. He moved to Los Angeles with the intention of becoming a traditional stand-up comedian. He ended up finally finding success on Vine where he ultimately grew to have more than 2 million followers. As of this writing he has around 2 million subscribers on his main YouTube channel and more than 220 million total video views. 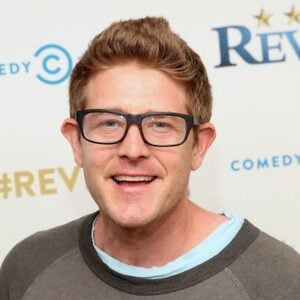