What is Jason Jones' net worth?

Jason Jones is a Canadian-American actor and comedian who has a net worth of $8 million. That is a combined net worth with his wife of more than two decades, Samantha Bee.

Jason Jones was born in Hamilton, Ontario, Canada in June 1973. His best known for his role as a correspondent on the television series The Daily Show with Jon Stewart from 2005 to 2015.

e has starred in the movies Phil the Alien, All About Steve, The Switch, A Beginner's Guide to Endings, Pitch Perfect, The Art of the Steal, Rosewater, and Hot Tub Time Machine 2. He was nominated for two Canadian Comedy Awards for the film Ham & Cheese and one more for the TV series The Bobroom. Jones left The Daily Show in 2015 to start working on his new TBS show that he co-wrote and will executive producer with his wife.

In 2017, Samantha and Jason paid $3.7 million for a two-unit co-op in Manhattan. The apartment includes four bedrooms, a media room, and a fireplace with a marble mantel. 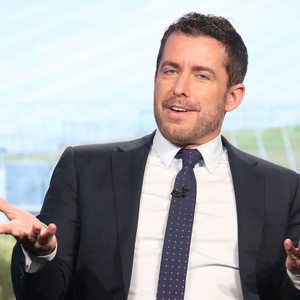