How much is Janeane Garofalo Worth?

Janeane Garofalo Net Worth: Janeane Garofalo is an American actress, comedian, and writer who has a net worth of $5 million. Although Garofalo has become one of the most renowned comedians in the world, she has also appeared in a wide range of films over the course of her career. After starting off with TV shows like "The Ben Stiller Show" and "Saturday Night Live," Janeane appeared in films such as "Reality Bites," "Mystery Men," and "Wet Hot American Summer." Garofalo is also famous for her outspoken political views and her hosting roles on various podcasts.

Early Life: Janeane Marie Garofalo was born on September 28th of 1964 in Newton, New Jersey. Raised in what she later described as a conservative, Catholic family, Janeane grew up in Ontario, California. Her father's job as an executive for Exxon required the family to move from place to place, and she also spent part of her childhood in places like Madison, New Jersey, and Katy, Texas. Janeane later admitted that she didn't enjoy attending high school in Texas because of the excessive heat and the local obsession with sports and beauty.

After graduating from high school, Garofalo attended Providence College in New Jersey. During her time in university, Janeane entered a comedy talent search and won the title of "Funniest Person on Rhode Island." During these early days, Janeane was heavily inspired by David Letterman and aspired to earn a spot as a writer on "Late Night with David Letterman." Although she eventually graduated with degrees in history and American studies, Garofalo quickly veered towards a career as a professional comic.

Career: Garofalo struggled during the early part of her entertainment career, and she paid the bills for years by working as a bike messenger in Boston. In 1995, Janeane took a major step forward, appearing on "HBO Comedy Half-Hour." Her stand-up career continued to blossom over the next few years, and in 2010 she aired a one-hour stand-up special for Epix. The special was entitled "If You Will." She then followed up with a similar stand-up special called "If I May," which she performed in San Francisco.

Although Garofalo has remained committed to her stand-up career throughout the years, she also successfully branched out into television. Ben Stiller was instrumental in helping her reach prominence, and he first met Janeane in Los Angeles. An early TV appearance came with MTV's "Half Hour Comedy Hour." After becoming close friends with Stiller, Garofalo then appeared on the "Ben Stiller Show," which debuted in 1992 and lasted just a few short years before being canceled – despite receiving stellar reviews.

Although the "Ben Stiller Show" was short-lived, it created many connections for Janeane. These connections paved the way for many new roles, and in the 90s she played the role of Paula on "The Larry Sanders Show." She was then nominated for two Primetime Emmys as a result of her performance. After a brief stint on "Saturday Night Live," Garofalo appeared on series such as "Mad About You," "Seinfeld," "TV Nation," "Newsradio," and "Felicity."

During this period, Garofalo also began her film career with a breakthrough role in "Reality Bites" alongside Winona Ryder. In 1996, she starred in the rom-com "The Truth About Cats & Dogs," which won several awards. Garofalo then followed up with another romantic comedy entitled "The Matchmaker." Throughout the next few years, she appeared in films such as "Cop Land" and "Mystery Men."

Another major film role came in 2001 with "Wet Hot American Summer," and in 2002 she starred in "The Laramie Project." In 2007, she accepted a voice acting role in the animated film "Ratatouille." In addition, Janeane Garofalo has appeared in films such as "Sweethearts," "Manhood," "Bad Parents," "The Cable Guy," "Half Baked," and "The Wild."

In 2006, Janeane booked roles in shows like "The West Wing" and the animated series "Freak Show." Throughout the next few years, Garofalo appeared in "The Henry Rollins Show," "24," "Ideal," "Criminal Minds: Suspect Behavior," and "Girlfriends' Guide to Divorce." In 2015, she joined the cast of "Wet Hot American Summer," which aired on Netflix. In 2017, Garofalo starred in the comedy-drama series "Gap Year."

In 2004, Garofalo started co-hosting the internet talk radio program "The Majority Report" alongside Sam Seder. This radio show gives Janeane a platform to voice her various political beliefs and engage in debate with a number of prominent guests.

Political Views: Janeane Garofalo is one of the most prominent progressive political figures in America. She has expressed vehement opposition to the practice of fracking, and she has been critical of organized religion. A staunch anti-war activist, Janeane attacked America's decision to engage in the 2003 Iraq War. She was also one of the first people to express the belief that Saddam Hussein did not in fact have weapons of mass destruction.  Her political views have caused fierce, on-air debates with figures like Bill O'Reilly and Jonah Goldberg.

Relationships: In 1991, Janeane married Robert Cohen, who was acting as a writer for "The Ben Stiller Show" at the time. However, the wedding was never intended to be serious, and the pair married in Las Vegas as a joke. Initially, Garofalo was under the impression that the marriage wasn't actually legal because it hadn't been filed at a courthouse. She later learned that the marriage was in fact legally binding when she tried to marry someone else. Eventually, she dissolved her marriage in 2012. During a 2010 stand-up show, she referred to her boyfriend of ten years in a routine, joking that her "genuine lack of interest" in romance was probably not good for her relationship.

Substance Abuse: Janeane Garofalo has struggled with substance abuse in the past, especially in regard to alcoholism. After fighting a losing battle against liquor throughout the 90s, she eventually got help. From 2001 onwards, she has remained sober. 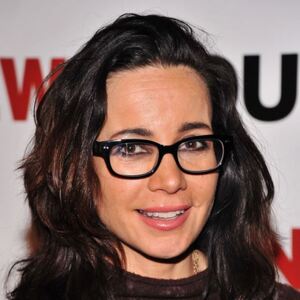