Murray is a member of the New York comedy troupe The Tenderloins who are also featured on Impractical Jokers. The group formed in 1999 in Staten Island and won $100,000 as a grand prize in NBC's It's Your Show competition. Murray served as producer, director, and editor for the 2002 short Subway. He produced, directed, and wrote the 2005 video short Superdude & Friend and produced, directed, wrote, edited, and hosted the 2005 short Criss-Cross. He produced, directed, starred in, and edited the 2007 short Standups in Love. As a stunt for Impractical Jokers James married Jenna Vulcano (his co-star Sal's sister) in 2014 but had the marriage annulled the next day. In March 2015 Murray announced that he launched a write-in campaign to represent the borough of Staten Island in Congress. He attended Georgetown University. 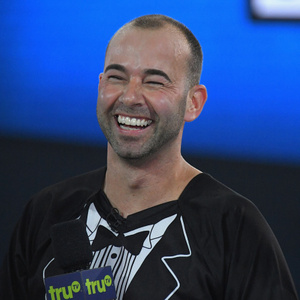