Jake Hurwitz net worth: Jake Hurwitz is an American comedian, actor, and writer who has a net worth of $500 thousand dollars. Jake Hurwitz was born in Spring Glen, Connecticut, and went on to attend Hunter College. He subsequently dropped out of Hunter, and attended colleges in Pennsylvania and Connecticut, before deciding to give up on his collegiate career.

He began performing in school productions when he was in elementary school, and after leaving college he decided to focus on a career in comedy. In 2005, he began writing for the popular website, CollegeHumor.com. He then went on to co-create and co-star in the popular College Humor series, "Jake & Amir". The series won the Webby People's Voice Award for Best Comedy Series at the 14th Annual Webby Awards. He also co-hosts the video podcast, "If I Were You", with his "Jake & Amir" co-star, Amir Blumenfeld, as well as appearing in other College Humor projects. 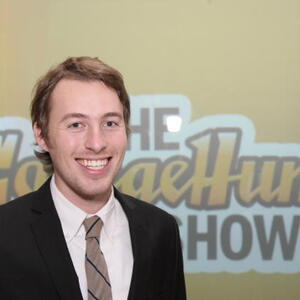