Jacksepticeye net worth and career earnings: Jacksepticeye is an Irish YouTube personality who has a net worth of $16 million. Jacksepticeye was born Sean McLoughlin in February, 1990. Prior to becoming immensely popular on YouTube, he was in a band called Raised to the Ground. Jacksepticeye posts videos about video games and sometimes contributes vlogs.

He calls himself the "most energetic video game commentator on YouTube". As of January 2019, Jacksepticeye has more than 21 million subscribers and 10.4 billion views for his thousands of videos. He lives in Athlone, Co. West Meath, Ireland. Jacksepticeye joined YouTube in February 2007 and produces about two videos a day. He is good friends with fellow YouTube personality Markiplier and the two have collaborated on videos together. In March 2016, he co-hosted South by Southwest. As of this writing, his YouTube channel has earned more than $30 million in revenue and reportedly brings in around $300,000 per month on average. In 2018, Jacksepticeye earned $16 million from his various endeavors which was enough to make him the 8th highest-paid YouTube star on the planet. 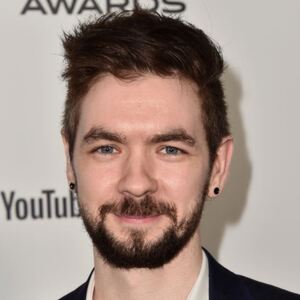