Jackie Martling Net Worth and Salary: Jackie Martling is an American comedian, comedy writer, and radio personality who has a net worth of $5 million. Also known as "Jackie the Joke Man," Martling is probably best known for his work on "The Howard Stern Show." After joining the famous radio show in 1983, Jackie contributed to the program as a comedian and a writer. He eventually left "The Howard Stern Show" in 2001. At the peak of his time with Stern, Jackie Martling's salary was $578,000 per year.

Prior to collaborating with Stern, Jackie became a well-known stand-up comedian and specialized in blue comedy. Although he started off in local venues in Long Island, Martling eventually released a number of comedy albums. Even while he was working full-time with Howard Stern, he continued to release comedy albums.

After leaving "The Howard Stern Show," Jackie ventured into the acting world with a number of film and TV roles. Throughout his entire career, Martling has continued to perform as a stand-up comedian. After splitting with Stern, he also began to host his own show on satellite radio called "Jackie's Joke Hunt." Outside of comedy, Jackie has released music albums and a number of books.

Early Life: John Coger "Jackie" Martling Jr. was born on February 14th of 1948 in Mineola, New York. Raised in a small village on Long Island, Martling became passionate about music and gymnastics as a youth. After graduating from high school, Jackie attended Michigan State University. He earned a mechanical engineering degree in 1971 and decided to live in East Lansing for two years. During his college years, Martling joined a band as a singer and guitarist. Jackie worked as a construction worker before going into the entertainment world.

Career: Eventually, Jackie headed back to New York and joined another band called The Off-Hour Rockers. It was during these musical acts that he started to tell jokes on stage for the first time. Although Martling was committed to his musical career (he drove a hearse in order to transport their gear), he gradually veered more towards comedy. In 1976, Jackie attended an open-mic at the Catch a Rising Star comedy club in New York City. He was encouraged by the MC at the club to continue his comedy career.

In 1979, Martling started a new band and pursued stand-up comedy as a full-time career. He developed and fine-tuned his unique act – a mixture of dirty jokes and songs. During this period, he met up-and-coming comedians such as Eddie Murphy, Rob Bartlett, and Bob Nelson. Also in 1979, Jackie set up his famous "dial-a-joke" phone line, which remains in operation to this day. He finished off the year by releasing his first comedy album, entitled "What Did You Expect?" Jackie produced the album himself, using his own recording equipment.

Jackie followed up in 1980 with another comedy album called "Going Ape!" A year later, a Los Angeles radio producer discovered Martling's joke line and started dialing it during Rick Dee's show on KIIS. This put Jackie Martling on the map, and he was dubbed "The Joke Man" for the first time by Dees. By the end of 1981, Jackie had released his third comedy album, "Normal People Are People You Don't Know That Well."

1982 was another important year for Jackie Martling because it marked the beginning of his partnership with Howard Stern. After hearing Martling perform in Washington, D.C., Stern requested that he send over his comedy albums. By 1983, Martling was already broadcasting on New York City-based radio stations, and he had sent his comedy albums over to Howard. Stern then invited Jackie on his show as a guest, which resulted in him performing weekly (without pay).

Eventually, Martling started a segment on "The Howard Stern Show" called "Stump the Comedian." Callers had to provide the start of a joke, and Jackie was tasked with finishing it off and delivering a punchline. If Martling failed, the caller won a prize. In 1985, Jackie was hired as a writer for Stern's show, even though he was still working with other stations. Eventually, he became the head writer for "The Howard Stern Show" and contributed to Stern's TV shows, videos, and albums.

During this period, Jackie continued to release his own comedy albums and perform his stand-up routines. In 2001, he became the first comedian to perform at the B.B. King Blues Club in New York City. That year, Jackie left "The Howard Stern Show" after he failed to negotiate a new contract. He was earning $578,000 per year at the time, and he had requested an increased salary of $1 million per year over the next five years. Although Stern offered $650,000 instead, Martling decided to move on. That being said, Jackie still makes occasional appearances on the show.

After leaving "The Howard Stern Show," Martling released more comedy albums, an iPhone app, a DVD, and a line of electric joke products – including a key chain. He also began to appear in movies like "The Aristocrats," "Mail Order Bride," "White Irish Drinkers," and more. A notable TV role came with the show "Leverage." Jackie also remained on the radio, starting a show called "Jackie's Joke Hunt."

During this period, Martling returned to his musical roots, releasing an album called "Happy Endings." In addition, he wrote and performed a one-man show called "JokeLand on Broadway." In 2017, Martling released an autobiography entitled "The Joke Man: Bow to Stern."

Relationships: In 1988, Jackie Martling married Nancy Sirianni. Both spouses were featured heavily on "The Howard Stern Show," which helped Sirianni's music career. Nancy has a band called The Scoldees, which received radio playtime during "The Howard Stern Show." The marriage ultimately ended in 2008, although both spouses continued to work together – most notably in an "Off-Off-Broadway" Game Show called "Play With Jackie."

Substance Abuse: Although Jackie Martling has struggled with substance abuse issues over the years, he has been sober since 2001. He has stated that his growing dependency on alcohol is one of the reasons he left "The Howard Stern Show."

Real Estate: Martling owns property in Bayville and Manhattan. He splits his time between an apartment in Manhattan and a home in Bayville, which is on Long Island Sound. 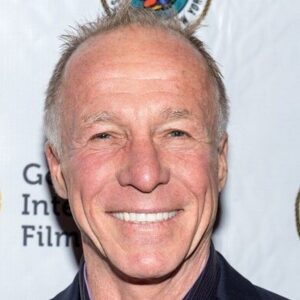