How much is Jack Black Worth?

Jack Black Net Worth and Salary: Jack Black is an American actor, producer, comedian, voice actor, writer, and musician who has a net worth of $50 million. Jack Black is best known for his comedic roles in various films. He is also an accomplished musician and founding member of the award-winning band Tenacious D. Outside of acting and music, Jack Black has started his own YouTube channel and film production company.

Early Life: Jack Black's real name is Thomas Jacob Black, and he was born on August 28th of 1969. Black was raised by a Jewish family in Santa Monica, California, and both of his parents were satellite engineers. His mother worked on the Hubble Space telescope and wrote various published works. At age ten, Black's parents divorced, and he went to live with his father in Culver City.

During high school, Jack Black struggled. At the age of 14, he started using cocaine and hanging out with the wrong crowd. He later stated that he wanted to leave high school because certain people want to "kill him." He eventually attended the Poseiden School, which was an institution for children who were not functioning well in the traditional school system. Later, Jack Black moved to the Crossroads school where he studied drama. After graduating from high school, Jack Black attended UCLA briefly before dropping out to pursue a career in acting.

Acting Career: Jack Black's first major acting role came at the age of 13 when he booked a commercial for the video game Pitfall! He then joined a theater troupe called the Actors' Gang. The group was mostly made up of UCLA students, including Tim Robbins. Jack Black began his adult acting career with early roles in various television series such as Life Goes On, Mr. Show, and The X-Files.

In 1992, Jack Black appeared in Bob Roberts, a mockumentary-style film. This led to a number of other supporting roles during the 90s in movies such as Airborne, Demolition Man, Waterworld, The Fan, The Cable Guy, Mars Attacks!, Dead Man Walking, The Jackal, Crossworlds, and Enemy of the State. Jack Black's breakthrough role came in the year 2000 with a more prominent role in High Fidelity. He played John Cusack's friend, an employee at a record store, and the role showed off Black's comedic skills.

His success in High Fidelity led to Black's first leading roles. In 2001, he played the titular character in Shallow Hal, a film that performed well at the box office with earnings of over $140 million worldwide. He gained significant praise for his leading role in School of Rock, and he was nominated for a Golden Globe. Although Jack Black is best known for his comedic roles, films such as 2005's King Kong show his ability to excel in dramatic roles as well.

Another notable leading role came with 2006's Nacho Libre, a film that Jack Black starred in and produced. During the rest of the 2000s, Black appeared in films such as Tenacious D in the Pick of Destiny, Year One, and Gulliver's Travels. In 2011, Jack Black appeared in two notable films: The Big Year and Bernie. The latter film won Jack Black considerable praise from critics, and it has been called one of the best performances of 2011.

Some of Jack Black's highest-grossing films include the Kung Fu Panda franchise. Black voiced the lead character in all three of the animated films – a role Black has called one of his favorite of all time. After grossing $20 million on its opening day, the original Kung Fu Panda went on to gross over $630 million worldwide. The next two films performed similarly, leading collective earnings of over $1.7 billion for the entire franchise. 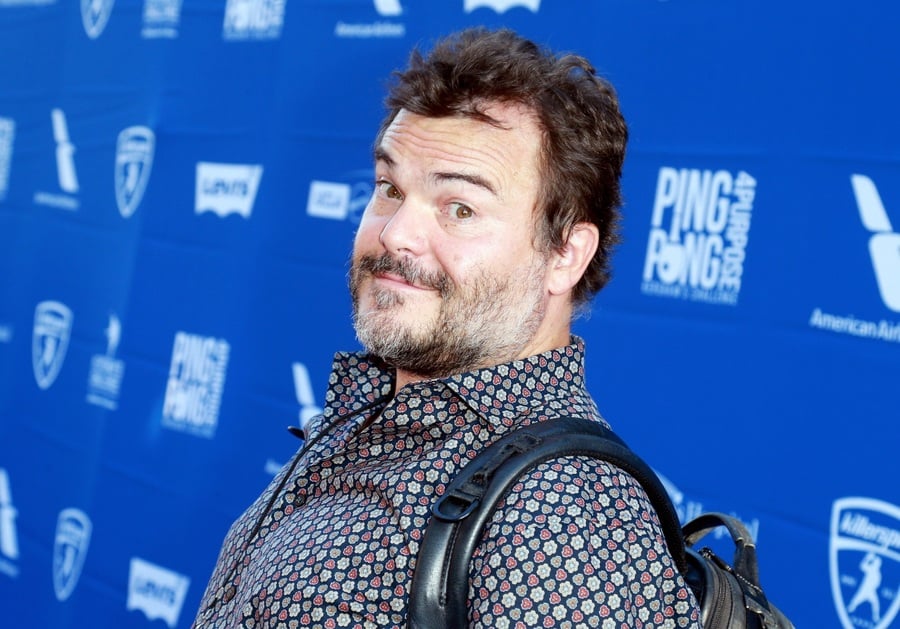 Jack Black has also appeared in notable films such as Jumanji: Welcome to the Jungle and Jumanji: The Next Level. In addition, Jack Black starred in Tropic Thunder as Jeff Portnoy, a drug-addicted comedian who lands a role in the film-within-a-film. Along with co-stars Robert Downey Jr., Ben Stiller, and Tom Cruise, Jack Black received heaps of praise from critics for his role in Tropic Thunder.

Music Career: Jack Black is a successful musician who is part of the band Tenacious D. He is the lead singer and guitarist, and the group has released four albums. Their debut album was a self-titled entry that was released back in 2001. Their following albums were 2006's The Pick of Destiny, 2012's Rize of the Phoenix, and 2018's Post-Apocalypto. Tenacious D frequently tours with bands such as the Foo Fighters, Pearl Jam, Tool, and Beck. Their music has been described as "mock-rock."

In addition, Jack Black started his own YouTube channel in 2018 called Jablinski Games. As of 2020, the channel has almost 5 million subscribers. In 2019, Black collaborated with top-rated YouTuber PewDiePie in a Minecraft stream to raise money for a mental health charity.

Personal Life: In 2006, Jack Black married Tanya Haden, the daughter of the famous jazz musician Charlie Haden. The couple had previously attended high school together. Jack Black later had two children with his wife, and they have chosen to raise their kids as Jews. Jack Black is a Democrat who endorsed Barack Obama in the past. In 2018, Jack Black was given his own star on Hollywood's Walk of Fame.

Real Estate: Jack has bought and sold a number of impressive LA homes over the years. From tax records, his current primary residence is a home he bought in LA's Los Feliz neighborhood back in 2010 from guitarist Flea for $6 million. He appears to still own a home in Beverly Hills which was bought in 2005 for $3 million. 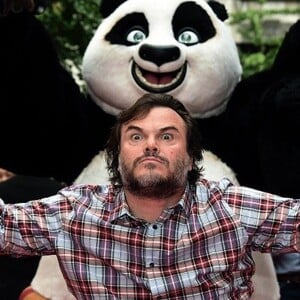