How much is Harland Williams Worth?

Harland Williams Net Worth: Harland Williams is a Canadian-American actor, comedian, author and musician who has a net worth of $6.5 million. Born in Toronto, Ontario, Canada, in 1962, Harland Williams grew up with four sisters. Williams dropped out of Sheridan College in Ontario and worked as a forest ranger until he moved to Los Angeles to pursue acting and comedy. He made his big screen debut as a state trooper in the 1994 hit comedy "Dumb and Dumber". He went on to appear in "Down Periscope", "RocketMan", "Mr. Headmistress", "The Whole Nine Yards", "Freddy Got Fingered", "Because of Winn-Dixie", "Employee of the Month", "Meet the Robinsons", "Bachelor Party 2: The Last Temptation", "There's Something About Mary", "Half Baked", and "My Life in Ruins". Williams took his comedy to TV, with appearances on "The Tonight Show with Jay Leno", "Late Night with Conan O'Brien", "Thank God You're Here", "and "Late Night with David Letterman". He nabbed a role in the Barenaked Ladies' music video for "Falling For The First Time" and is in a side band with the group's keyboardist Kevin Hearn. Williams has a recurring podcast, "The Harland Highway", that discusses pop culture and he's the author of a series of children's books starring Jimbo the Brontosaurus. 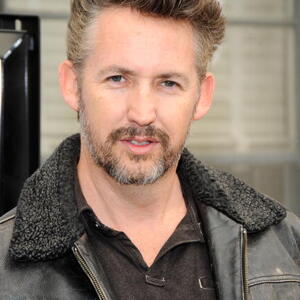