Hannibal Buress Net Worth: Hannibal Buress is an American stand-up comedian, writer, actor, and producer who has a net worth of $5 million. Buress has performed his brand of stand-up comedy on "The Late Late Show with Craig Ferguson," "Late Show with David Letterman," "Jimmy Kimmel Live!," "Conan," and "The Tonight Show Starring Jimmy Fallon," and he has released several albums and comedy specials, such as "Animal Furnace" (2012), "Comedy Camisado" (2016), and "Miami Nights" (2020). Hannibal hosted the Comedy Central series "Why? with Hannibal Buress" in 2015 and co-hosted "The Eric Andre Show" on Adult Swim from 2012 to 2020.

Early Life: Hannibal Buress was born Hannibal Amir Buress on February 4, 1983, in Chicago, Illinois. His mother, Margaret, was a teacher, and his father, John, worked for Union Pacific Railroad. He was named after Hannibal Barca, a Carthaginian General, and has said in his stand-up act that women have turned him down because his name makes them think of Hannibal Lecter. Buress has an older sister and grew up in Chicago's Austin neighborhood. He attended Steinmetz College Prep, and after graduating, he enrolled at Southern Illinois University Carbondale, where he became friends with his RA, hip-hop artist/comedian Open Mike Eagle.

Career: Hannibal performed comedy for the first time in 2002 while he was attending college. He made his TV debut on "The Late Late Show with Craig Ferguson" in 2007, and he released his first stand-up album, "My Name is Hannibal," in July 2010. From 2009 to 2010, he wrote for "Saturday Night Live" and appeared on the show twice, in the Megan Fox/U2 episode and the Charles Barkley/Alicia Keys episode. "Variety" magazine named Buress one of "Ten Comics to Watch in 2010," and in September of that year, he joined the writing staff of NBC's "30 Rock." Buress quit the writing job after six months, but he appeared on the show nine times between 2010 and 2012. His second album, 2012's "Animal Furnace," also aired as a Comedy Central special, and the network aired the special "Hannibal Buress Live from Chicago" in 2014. In 2016, Netflix released "Hannibal Buress: Comedy Camisado" and the documentary "Hannibal Takes Edinburgh," and in 2020, he released his special "Miami Nights" on YouTube.

Personal Life: Hannibal is an atheist, and in a 2016 interview, he stated, "I have religious people writing me after shows, angrily." Buress owns a three-unit building in Chicago's Wicker Park area that he rents out, and he received criticism when he tweeted his opposition to Bernie Sanders' call for a national rent control standard. In late 2017, Hannibal was arrested for disorderly intoxication in Miami. According the arrest report, police officers detained him because he kept asking them to call an Uber for him. Buress said of the incident, "What happened is that I asked the [officer] to call me an Uber, and he said, 'No.' He told me to leave the street. I go into this bar to get a phone charge or an Uber. He follows me into the bar, and told me I'm too drunk to go inside…'If I can't be on the street, where do you want me to be?' I ask him. I was in a state of trying to get home." The charges were dropped soon after his arrest, but in 2020, Hannibal sued the city, the Miami Police Department, and two individual police officers, alleging that it was a wrongful arrest and that the publicity surrounding the incident resulted in Buress losing paid engagements and suffering from emotional distress.

In October 2014, Hannibal made headlines by reviving allegations of rape cases against Bill Cosby. His re-telling of the Cosby allegations set off a waterfall of renewed anger against Cosby that eventually resulted in the comedian being sentenced to prison.

In a September 2018 interview, Buress revealed that he had given up alcohol, saying "I was having a bunch of different situations happen that were alcohol fueled, like arguments or just, you know, ways I handle things that were not smooth." In 2019, it was announced that Hannibal was developing an arts, science, and technology center called Melvina Masterminds in the Chicago neighborhood where he grew up. Melvina Masterminds' mission is "to provide students with the information they need to excel in their lives, improve their community, and master their minds," and Buress won $32,000 for the organization when he competed on "Who Wants to Be a Millionaire?" in 2020.

Awards and Nominations: In 2010, Buress and his fellow "Saturday Night Live" writers earned a Primetime Emmy nomination for Outstanding Writing for a Variety, Music or Comedy Series, and "30 Rock" received two Writers Guild of America nominations for Comedy Series while Hannibal was a member of the writing staff. At the 2018 Teen Choice Awards, Buress, Jeremy Renner, Ed Helms, Jon Hamm, and Jake Johnson were nominated for Choice: Fight for "Tag." For his stand-up work, Hannibal was named Chicago's Funniest Person by "Time Out Chicago" in 2007, and he won a Comedy Award for Best Club Comic in 2012. In 2011, the Canadian series "Funny as Hell" earned Buress a Gemini Award for Best Performance in a Hosted Stand-Up/Sketch Comedy Program or Series. 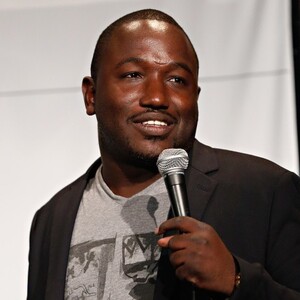