Hamish Blake net worth: Hamish Blake is an Australian comedian, actor, and author who has a net worth of $4 million. Hamish Blake was born in Melbourne, Australia in December 1981. He has been performing as one half of the duo Hamish and Andy with Andy Lee since 2003. In addition to performing live and on television they also host the radio program Hamish & Andy.

Blake has been featured as a solo act on TV series including Spicks and Specks, Thank God You're Here, and Rove. He was featured at the 2008 Great Debate from the Melbourne International Comedy Festival. As an actor he starred as Billy on the series Twentysomething from 2011 to 2013. He has also starred in several TV series including Hamish & Andy, The 7PM Project, Hamish & Andy's Gap Year, True Story with Hamish & Andy, and more. Hamish Blake won a Gold Logie Award in 2012 for Hamish & Andy's Gap Year and has been nominated for multiple others. 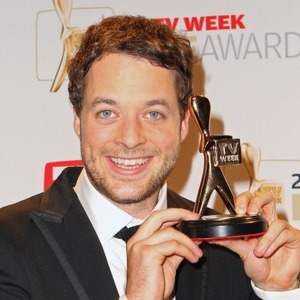