Gus Johnson net worth: Gus Johnson is an American comedian and filmmaker who has a net worth of $1 million. He is best known for his sketch comedy on YouTube.

Gus Johnson was born in Grantsburg, Wisconsin in June 1995. He began filming sketches in middle school and studied entertainment design and digital cinema at the University of Wisconsin-Stout. Johnson moved to Los Angeles, California with fellow YouTuber Eddy Burback. Gus Johnson started his YouTube channel in 2010 with a video titled "Ian's Song". He started created meme videos and had his first viral video with "How To Get Free Food From Subway" which went on to have about two million views. He released the albums Lightning Rods and Leaky Roofs in 2015 and Champagne Seats in 2016. Johnson started the podcast Ok I'll Talk with Burback in 2017. The pair created the show The Gus & Eddy Podcast. Johnson was nominated for a Shorty Award in 2019 for Best YouTube Comedian. He reached one million subscribers in 2019 and signed a deal with Viacom to create content for Comedy Central. 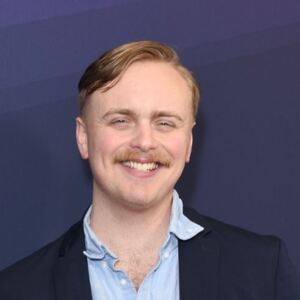