How much is Greg Giraldo Worth?

Greg Giraldo net worth: Greg Giraldo was an American stand-up comedian, television personality, and lawyer who had a net worth of $150 thousand at the time of his death. Greg Giraldo passed away at the age of 44 on September 29, 2010 from a prescription drug overdose.

Gregory J. Giraldo was born in New York City, NY in December 1965. He earned law degree from Harvard Law School in 1990 and received a nearly perfect score on his LSAT. He spent eight months as a lawyer before getting into comedy. He once represented fellow comedian Jeffrey Ross.

In 1992 Greg started doing stand-up comedy. He regularly performed in Manhattan at the Comedy Cellar. He starred in the sitcom Common Law and became a regular panelist on Tough Crowd with Colin Quinn from 2002 to 2004. He was a panel member of NBC's The Marriage Ref and appeared on many late night talk shows. Giraldo acted in the films American Dummy and What Blows Up Must Come Down!. He performed as part of USO tour and had two Comedy Central presents specials. He hosted Friday Night Stand-Up with Greg Giraldo and released the CD Good Day to Cross a River. He was also a frequent roaster of other comedians and a regular on Lewis Black's Root of All Evil. He was a judge for season seven of NBC's Last Comic Standing. He was married twice and had three sons. Giraldo was open about his struggles with drugs and alcohol. In 1996 he was nominated for an NCLR Bravo Award. 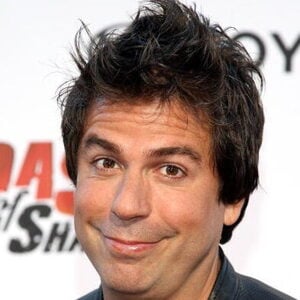