Godfrey net worth: Godfrey is an American comedian and actor who has a net worth of $3 million. Godfrey was born in Lincoln, Nebraska in July 1969. He played football at the University of Illinois at Urbana-Champaign were he discovered his comedic talent. He was signed by the William Morris Talent Agency and worked as a warm-up comedian for The Cosby Show.

In 2006 he starred in the TV series Celebrity Paranormal Project. From 2008 to 2009 Godfrey starred in the television series The Mr. Men Show. He has starred in the movies Original Gangstas, Chain Reaction, 30 Years to Life, Zoolander, Johnson Family Vacation, Soul Plane, The Cookout, Phat Girlz, Stand Up, Careless, A Dennis the Menace Christmas, and Show Stoppers. As a comedian Godfrey has appeared on the TV series Last Call with Carson Daly, I Love the New Millennium, The Smoking Gun Presents: World's Dumbest, Undateable, Latino 101, Upload with Shaquille O'Neal, Comics Unleashed, Bullseye, and Late Night with Jimmy Fallon. 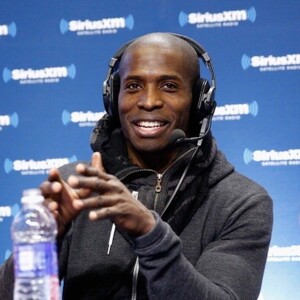