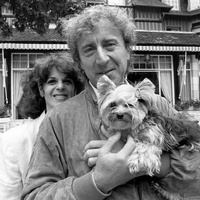 What Was Gilda Radner's Net Worth?

Gilda Radner was an American comedian, actress, and writer who had a net worth equal to $4 million at the time of her death in 1989 (after adjusting for inflation). Gilda Radner was best known for being an original cast member on the NBC sketch comedy series "Saturday Night Live" (1975–1980). She wrote and starred in the one-woman show "Gilda Radner – Live From New York," which was performed on Broadway in 1979, and she also appeared in a 1980 Broadway production of Jean Kerr's "Lunch Hour." Gilda won a Primetime Emmy and a Grammy for her work, and she starred in films such as "Hanky Panky" (1982), "The Woman in Red" (1984), and "Haunted Honeymoon" (1986). Sadly, Radner passed away from ovarian cancer in May 1989 at the age of 42. Her autobiography, "It's Always Something," was published two weeks after her death.

Gilda Radner was born Gilda Susan Radner on June 28, 1946, in Detroit, Michigan. She grew up in a Jewish household with mother Henrietta, (a legal secretary), father Herman (a businessman), and older brother Michael. Gilda had a nanny named Elizabeth Clementine Gillies, and she later based her well-known character Emily Litella on her. During her youth, Radner's father took her to see Broadway shows in New York City, and he was diagnosed with a brain tumor with Radner was 12 years old. Herman soon lost his ability to communicate and became bedridden, and he died two years later. Gilda attended University Liggett School, and after graduating in 1964, she spent three years at the University of Michigan before dropping out to follow her boyfriend, sculptor Jeffrey Rubinoff, to Toronto.

In 1972, Radner appeared in a Toronto production of "Godspell" alongside Martin Short, Eugene Levy, Paul Shaffer, Andrea Martin, and Victor Garber, then she joined the comedy troupe The Second City. In the mid-1970s, she regularly performed on the syndicated radio program the "National Lampoon Radio Hour," and future "Saturday Night Live" stars Bill Murray, Chevy Chase, and John Belushi were also cast members. Gilda made her film debut in 1973's "The Last Detail," and in 1975, she was the first performer hired to be one of the "Not Ready for Prime Time Players" on "SNL." Radner also co-wrote a great deal of the material she performed on the show, and she was known for characters such as Roseanne Roseannadanna, Emily Litella, Lisa Loopner, and Baba Wawa. In 2015, Gilda came in at #9 in "Rolling Stone" magazine's ranking of all 141 performers who had been "SNL" cast members up to that point. While starring on the show, Radner also appeared in the TV movie "The Rutles: All You Need Is Cash" (1978), the film "Mr. Mike's Mondo Video" (1979), the special "Bob & Ray, Jane, Laraine & Gilda" (1979), and "The Muppet Show" (1978).

In 1979, Fred Silverman, the new CEO and president of NBC, offered Gilda her own variety show, but she turned it down. That year she starred on Broadway in the one-woman show "Gilda Radner – Live from New York," which was released in movie theaters under the title "Gilda Live" the following year. In 1980, Radner left "SNL," co-starred with Sam Waterston in a Broadway production of "Lunch Hour," lent her voice to the TV movie "Animalympics," and appeared in the film "First Family." In 1982, she co-starred with her future husband, Gene Wilder, in the Sidney Poitier-directed film "Hanky Panky," and they would work together again in 1984's "The Woman in Red" and 1986's "Haunted Honeymoon," which were both written and directed by Wilder. Gilda also appeared in the films "It Came from Hollywood" (1982) and "Movers & Shakers" (1986), and in her final role, she played herself in the "Mr. Smith Goes to Nam" episode of "It's Garry Shandling's Show," which earned her a Primetime Emmy nomination. Radner had been scheduled to host "SNL" in the spring of 1988, but production of the show was forced to shut down due to a writers' strike. 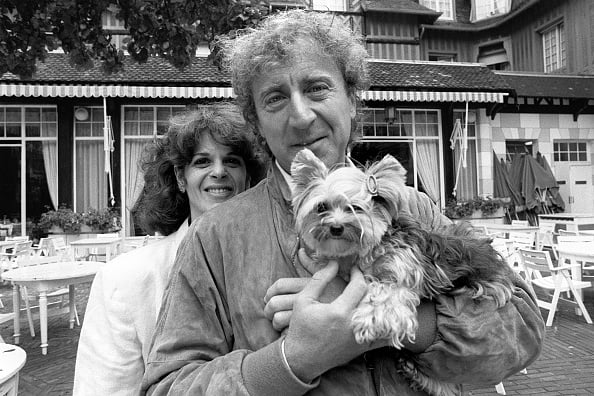 While starring in "Godspell" in the early '70s Gilda was in an on-again-off-again relationship with co-star Martin Short, then she was romantically involved with her "SNL" castmates Bill Murray and Dan Aykroyd. She married future "SNL" bandleader G.E. Smith on March 26, 1980. Tthey divorced in 1982.

When Radner met Gene Wilder on the set of 1982's "Hanky Panky," she described it as "love at first sight," and the two married in Saint-Tropez on September 18, 1984. The couple stayed together until Gilda's death in May 1989. Radner struggled with eating disorders throughout her life, and in 1978, she sought treatment at Boston's New England Baptist Hospital, where doctors put her on a 1,200-calorie-per-day diet in order to help her gain weight. She kept a diary about her treatment, and in one instance, she wrote, "I weigh 104 pounds and I think I'm fat. I want to learn how to eat normally again — and then perhaps to love normally and accept being loved." Radner wrote in her autobiography, "I coped with stress by having every possible eating disorder from the time I was nine years old. I have weighed as much as 160 pounds and as little as 93. When I was a kid, I overate constantly. My weight distressed my mother and she took me to a doctor who put me on Dexedrine diet pills when I was ten years old."

Radner began suffering from leg pain and severe fatigue while filming "Haunted Honeymoon" in 1985, and for the next 10 months, she received incorrect diagnoses from various doctors. She was diagnosed with stage IV ovarian cancer in October 1986, and she subsequently had a grapefruit-sized tumor removed from her abdomen, underwent a hysterectomy, and began radiation and chemotherapy treatments. The cancer eventually went into remission, but in December 1988, Radner found out that the cancer had returned. On May 17, 1989, she checked into Cedars-Sinai Medical Center for a CT scan, and after she was given a sedative, she slipped into a coma. Gilda never regained consciousness, and she passed away with Gene by her side on May 20th at the age of 42. When the news broke, "Saturday Night Live" scrapped host Steve Martin's planned monologue, and instead Steve introduced a 1978 clip from the show in which he and Gilda parodied dancers Fred Astaire and Cyd Charisse. After the clip concluded, Martin remarked that the sketch reminded him of "how great she was and of how young I looked." He added, "Gilda, we miss you." Radner's first husband, "SNL" bandleader G. E. Smith, wore a black armband during that night's episode.

After Gilda's death, Gene founded the Gilda Radner Hereditary Cancer Program at Cedars-Sinai, and media attention to Radner's passing led to hundreds of families with familial ovarian cancer registering with the Familial Ovarian Cancer Registry (which was renamed the Gilda Radner Familial Ovarian Cancer Registry in the early '90s). In 1996, Wilder published "Gilda's Disease: Sharing Personal Experiences and a Medical Perspective on Ovarian Cancer" with the registry's founder, Steven Piver. In 1991, Gene co-founded Gilda's Club with broadcaster Joel Siegel and Radner's cancer psychotherapist, Joanna Bull. Gilda's Club was created to "support, educate, and empower cancer patients and their families – so no one has to face cancer alone."

Radner was nominated for four Primetime Emmys, winning Outstanding Continuing or Single Performance by a Supporting Actress in Variety or Music for "Saturday Night Live" in 1978. She was also nominated in that category in 1977, and her other nominations were for Outstanding Comedy-Variety or Music Program for "SNL" (1979) and Outstanding Guest Performer in a Comedy Series for "It's Garry Shandling's Show." (1988). She won a Grammy for Best Spoken Word or Non-Musical Recording for "It's Always Something" in 1990, and she received Best Comedy Recording nominations for "Saturday Night Live" (1978) and "Live From New York" (1981). In 1979, Gilda earned a Photoplay Award nomination for Favorite Female Sex Symbol. Posthumously, she was inducted into the Michigan Women's Hall of Fame in 1992, and she received a star on the Hollywood Walk of Fame in 2003.