Gerry Dee net worth: Gerry Dee is a Canadian actor, writer, and stand-up comedian who has a net worth of $10 million. Gerry Dee was born in Scarborough, Ontario, Canada in December 1968. He is known for finishing in third place on season five of the NBC reality TV series Last Comic Standing. Dee created the TV series Mr. D and also writes for and serves as executive producer for the show as well as starring in it as Gerry Duncan since 2012. He has also appeared in the films Trailer Park Boys: The Movie and Moving Day. Dee has won a Canadian Comedy Award, a Canadian Screen Award, and a Gemini Award for Mr. D. He worked as a teacher for ten years and authored the book Dee's Teaching: It's Harder Than It Looks. 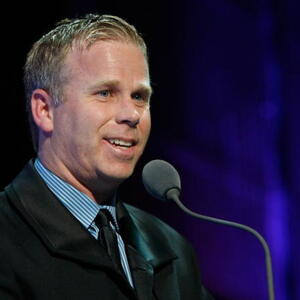