George Wallace net worth: George Wallace is an American actor and comedian who has a net worth of $10 million dollars. George Wallace was born in Atlanta, Georgia, and went on to attend the University of Akron with degrees in Transportation, Marketing, and Advertising. He began focusing on a career in comedy while he was still in high school, and moved to New York to pursue a comedy career full-time after finishing college.

He worked in an advertising agency to make ends meet. He began to make a name for himself in the late 70s, and became popular performing a stand-up routine that featured him as a fictional preacher named Reverend Dr. George Wallace. He also began writing for comedy shows, such as "The Redd Foxx Show". He has since gone on to a steady career in both film and television productions, as well as being named 1995's "Best Male Standup Comedian" at the American Comedy Awards. Some of his projects include, "Punchline", "Tall Hopes", "In the Heat of the Night", "Moesha", "Arli$$", "The Parkers", "Scrubs", "House of Payne", and "Sullivan and Son". 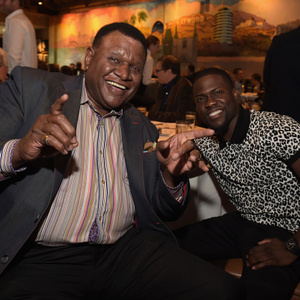