What is George Lopez's net worth and salary?

George Lopez is an American comedian, actor, and talk show host who has a net worth of $45 million. He is best known as a standup comedian, actor, and late-night talk show host. Between 2002 and 2007 George starred on "The George Lopez Show," which he also co-created and Executive Produced. The series aired 120 episodes over six seasons and is still successful in syndication. He is also the producer of the critically acclaimed film "Real Women Have Curves," among many other projects.

George Edward Lopez was born on April 23, 1961, in Los Angeles. He grew up in the L.A. suburb of Mission Hills with his parents Frieda and Anatasio Lopez. His father was a migrant worker who abandoned George and Frieda when George was just two months old. His mom took off when he was 10. He was raised by his maternal grandmother and stepgrandfather, Benita and Refugio Gutierrez. Lopez is of Mestizo Mexican descent. He graduated from high school in 1979.

Lopez did standup around Los Angeles (and the U.S.) for years before he first became well known in Los Angeles thanks to a major morning radio show that he hosted on 92.3 FM in Los Angeles in the 1990s. He was the first Latino to headline the morning drive slot on an English-language station in Los Angeles. He released a number of comedy albums, beginning with "Alien Nation" in 1996. In 2000, Lopez was approached by Sandra Bullock about producing and starring in a sitcom. Bullock was concerned about the lack of sitcoms about Latinos. In 2002, ABC picked up "George Lopez" the series and he became one of the few Latinos to headline a television sitcom. "George Lopez" aired from 2002 to 2007. For the 2007-2008 season, "George Lopez" aired on Nick at Night. The series was canceled at the end of its sixth season.

Lopez produced the HBO Films drama "Real Women Have Curves," which premiered at the Sundance Film Festival and t received the 2002 Audience Award.

During the 2003–04 football season, Lopez was part of HBO's popular show "Inside the NFL."

Lopez got his first stand up special on Showtime in 2005. It was called "George Lopez: Why You Crying." More cable specials, including "America's Mexican" and "Tall, Dark, and Chicano" followed.

In 2010, Lopez appeared in "The Spy Next Door." Lopez has also appeared in the films "Beverly Hills Chihuahua," "Beverly Hills Chihuahua 2," "Rio," "Rio 2," the Smurf films, and a number of others. He's guest-starred on a number of television shows, including a stint as the mayor of Reno, Nevada in season five of Reno 911! in 2008 as well as on "The Zoo," "Real Rob," and "Harley Quinn."

Lopez's autobiography "Why You Crying" was published by a division of Simon & Schuster and was a New York Times Bestseller.

He has been widely recognized by the Latino community including being named one of Time magazine's Top 25 Hispanics in America. Lopez hosted the Latin Grammy Awards twice and the Emmy Awards once. Lopez was awarded a star on the Hollywood Walk of Fame for Television in 2006 at 6801 Hollywood Blvd. In 2011 he won an ALMA Award for Lopez Tonight.

In 2020, Netflix released his comedy special "We'll Do It For Half." In the special, Lopez jokes about drafting the richest man in Mexico, Carlos Slim Helu as the first Latinx President of the United States. He mentions how conservatives didn't believe Barack Obama was born in the U.S. and said: "You know, if Slim needed a birth certificate, I know some guys not very far from here, in McArthur Park, where you can get the proper documentation." 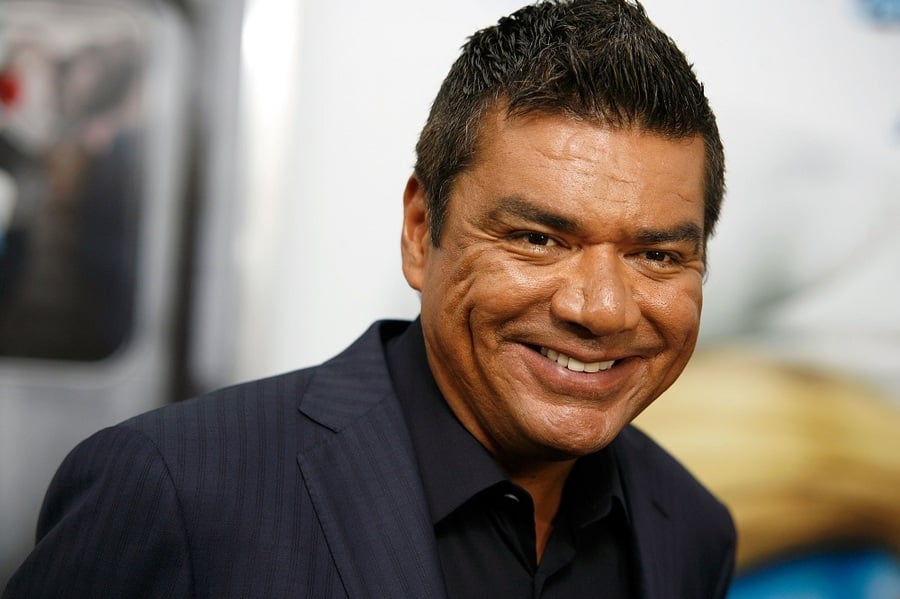 George Lopez and Ann Serrano got married in 1993. Their daughter Mayan was born in 1996. Lopez announced that he and his wife had separated in November 2010. The divorce was final in July 2011.

During an appearance on Howard Stern in early 2014, Lopez said that he was once worth more than $50 million, but lost half of it in his divorce.

Lopez was told in April 2004 that he needed a kidney transplant due to a genetic condition he has that caused his kidneys to deteriorate. In 2005, his wife Ann donated one of her kidneys to Lopez.

On July 1, 2020, Lopez recounted the time he was visited by Secret Service agents because one of the jokes he told was perceived as a potential threat against the president. Earlier in 2020, after the U.S. ordered the killing of Iranian General Qassem Soleimani, it was revealed that an Iranian official was rumored to have put a hefty bounty on President Trump. Lopez joked: "We'll do it for half." That led to the visit from the Secret Service. Lopez said that they had everything he had ever said about Trump on social media printed out. 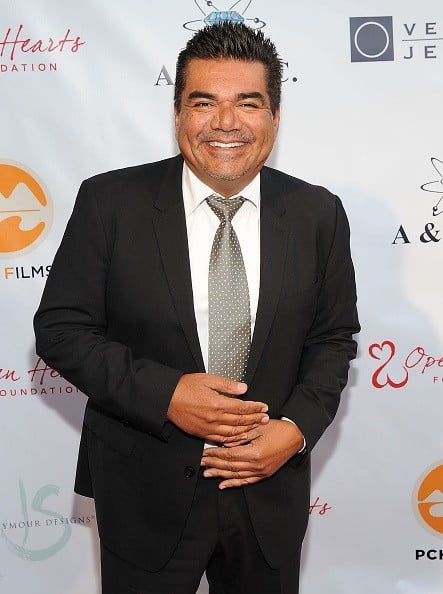 During the George Lopez the sitcom's five-year run Lopez was paid $12 million per season. As a first-time co-creator/executive producer Lopez was entitled to 6.5% of royalties when the show was sold into syndication which occurred in the fall of 2007. Syndication earned Lopez an estimated $20 million. He earns an additional $8.5 million a year performing stand up to sold-out crowds.

In September 2014, Lopez bought a $2.67 million home in the Los Feliz neighborhood of Los Angeles. The 4,100-square-foot Mediterranean-style home has four bedrooms, 3.5 bathrooms and is on a gardened lot that's about a third of an acre. The home has a pool and patio area in the backyard as well as city views from two-story windows, a wine room, and a private master suite with a balcony. 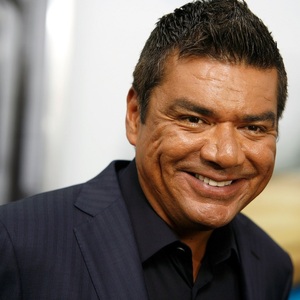