George Gray net worth: George Gray is an American game show host, comedian, and announcer who has a net worth of $1 million. George Gray was born in Ballwin, Missouri in March 1967. He worked as a sketch and stand-up comedian and first hosted FXM Friday Nights on the Fox Movie Channel.

Gray then became a co-host of the TBS series Movies For Guys Who Like Movies. He hosted the TV series Extreme Gong on GSN as well as the first season of Junkyard Wars. He hosted the American version of the game show Weakest Link from 2002 to 2003. Gray also hosted the reality TV series Todd TV on FX and a GSN special called National Lampoon's Greek Games. He co-hosted NBC's series $25 Million Dollar Hoax and hosted the ESPN reality TV series I'd Do Anything. Gray also hosted the HGTV series What's With That House? and Manland. In 2011 Gray became the permanent announcer for the long running game show The Price Is Right. In 2001 Gray was nominated for a Primetime Emmy Award for Outstanding Non-Fiction Program for Scrapheap. 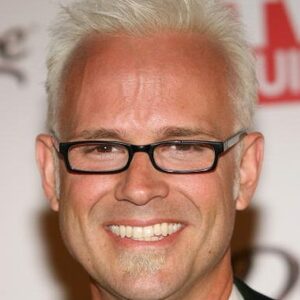