George Carlin net worth: George Carlin was an American comedian, actor and social critic, who had a net worth of $10 Million. George Carlin was famous for black comedy and discussing often taboo subjects like politics, religion, and psychology. He is widely regarded as one of the most important and influential stand-up comedians of his time, and was deemed "the dean of counterculture comedians". He was born in May 12, 1937 in New York City and died on June 22, 2008 in Santa Monica, California. He was the younger son of the advertising manager of The Sun Patrick Carlin who was an immigrant from County Donegal, Ireland and secretary Mary Beary, who was also an American of Irish ancestry. While he came from a Catholic family, Carlin himself rejected religion. His parents were separated when he was two months old due to his father's alcoholism, and he was raised by his mother and his older brother, Patrick, Jr. Carlin joined the United States Air Force when he was old enough, and was trained as a radar technician. He also began working as a disc jockey at radio station KJOE, in Shreveport, but was somewhat unsuccessful in his initial leap into the entertainment business. In 1959, he met Jack Burns, a fellow DJ, and the pair formed a comedy team. After arriving in California, the pair put together an audition tape and created The Wright Brothers, a morning show on KDAY in Hollywood. After two years together as a team, they parted to pursue individual careers, but remained good friends. By the late 1960s, Carlin was making about $250,000 a year and starting in the 1970's changed his image and routine, and morphed into the persona that made him so famous. Carlin and his "Seven dirty words" comedy routine were central to the 1978 U.S. Supreme Court case F.C.C. v. Pacifica Foundation, in which a 5–4 decision by the justices affirmed the government's power to regulate indecent material on the public airwaves. The first of his 14 stand-up comedy specials for HBO was filmed in 1977. From the late 1980s, Carlin's routines focused on a sociocultural criticism of modern American society. He often commented on contemporary political issues in the United States and satirized the excesses of American culture. He was a frequent performer and guest host on The Tonight Show during the three-decade Johnny Carson era, and hosted the very first episode of Saturday Night Live. In 2004, Carlin was placed second on the Comedy Central list of the 100 greatest stand-up comedians, ahead of Lenny Bruce and behind Richard Pryor. His final HBO special, It's Bad for Ya, was filmed less than four months before his death. In 2008, he was posthumously awarded the Mark Twain Prize for American Humor. Carlin met Brenda Hosbrook while touring with Burns and Carlin in Dayton, Ohio in August 1960; and the couple were married at her parents' home in Dayton in 1961. The couple's only child, Kelly, was born on June 15, 1963. In 1971 the couple renewed their wedding vows in Las Vegas. Brenda died of liver cancer on May 11, 1997, the day before Carlin's 60th birthday. Shortly after his wife's death, he met Sally Wade, a comedy writer, and he married her a year later in a private ceremony. They remained married until his death in 2008, two days before their tenth anniversary. 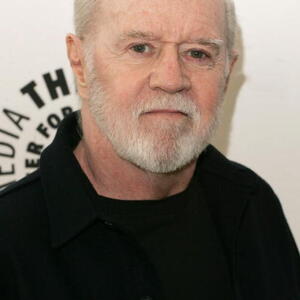