What was George Burns' Net Worth?

George Burns was an American comedian, actor, writer, producer, and singer who had a net worth of $20 million at the time of his death in 1996. George's career included radio, television, film, and vaudeville, and he won an Academy Award and Golden Globe for his performance as Al Lewis in the 1975 film "The Sunshine Boys." Burns and his wife co-starred on "The George Burns and Gracie Allen Show" from 1950 to 1958, and after Gracie retired due to heart problems, George starred in "The George Burns Show" from 1958 to 1959.

George Burns was born Nathan Birnbaum on January 20, 1896, in New York City. His parents, Hadassah and Eliezer, were Jewish immigrants who came to the U.S. from what is now known as Poland. Burns had 11 siblings, and his father was a coat presser as well as a substitute cantor at a synagogue. After Eliezer died of the flu in 1903, George helped support the family by running errands, shining shoes, and selling newspapers. At age 7, Burns got a job making syrup at a candy shop, and when he and his fellow child workers were bored, they often sang harmony in the shop's basement. After a few people heard them singing and threw them some money, the children formed the Pee-Wee Quartet and began singing "on ferryboats, in saloons, in brothels, and on street corners." George later took a job operating the curtains at a vaudeville theatre. In 1917, he was drafted into the U.S. Army during World War I, but he failed the physical due to his near-sighted vision. He adopted the stage name "George Burns" in an attempt to hide his Jewish heritage, and he said in interviews that he chose the name because of professional baseball players George J. Burns and George H. Burns, who were both playing at the time. In the early days of his career, Burns usually partnered with a woman, either for comic patter or a dance routine, but he didn't truly click with any of them until he met Gracie Allen in 1923. He said of that time in his life, "And all of a sudden, the audience realized I had a talent. They were right. I did have a talent—and I was married to her for 38 years." 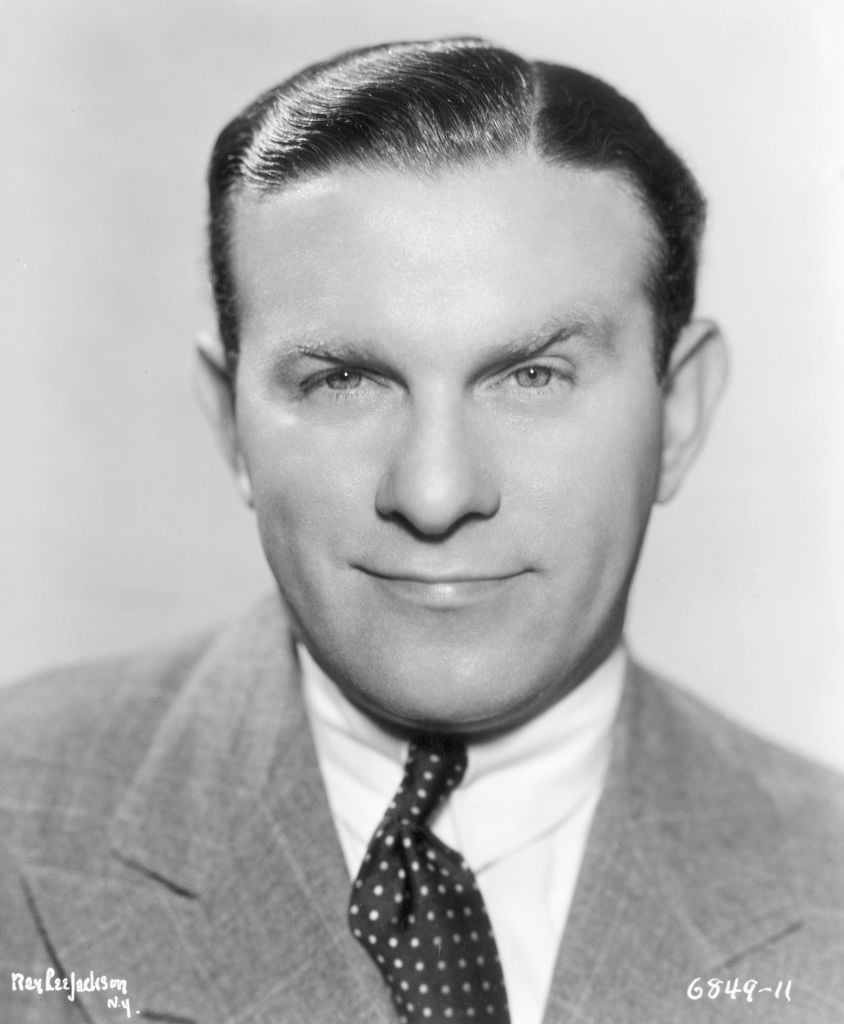 George married dancer Hannah Siegel on September 5, 1917, because her family wouldn't let her go on tour with Burns unless they were married. They divorced in May 1918 after the tour ended. George then married Gracie Allen on January 7, 1926, and they adopted two children, Ronald and Sandra. Ronald played their son on "The George Burns and Gracie Allen Show," and Sandra occasionally appeared on the series as well. Burns and Allen remained together until Gracie died of a heart attack in 1964, and according to their associate Tom Fontana, "George was absolutely devastated — I don't think he ever recovered. After she was gone, he started sleeping on her side of the bed, because it made him feel closer to her." Burns suffered another loss in 1974 when his close friend Jack Benny passed away from pancreatic cancer. George gave a eulogy at the funeral, stating, "Jack was someone special to all of you, but he was so special to me … I cannot imagine my life without Jack Benny, and I will miss him so very much." 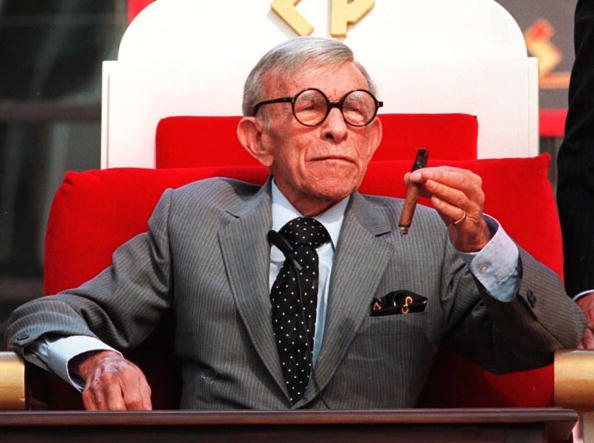 In honor of George's 90th birthday, Hamel Road in Los Angeles was renamed "George Burns Road," and for his 99th birthday, the city renamed part of Alden Drive "Gracie Allen Drive." Burns appeared at the unveiling ceremony, quipping, "It's good to be here at the corner of Burns & Allen. At my age, it's good to be anywhere!" Burns drove until he was 93, then he hired chauffeurs to drive him wherever he needed to go. In July 1994, he had surgery to remove fluid from his skull after he hit his head during a fall in his bathtub, and in 1995, he reportedly caught the flu at Frank Sinatra's Christmas party. When he was 96, George signed a contract with Caesars Palace that included a show on his 100th birthday, but he wasn't well enough to perform that day. Burns passed away at his Beverly Hills home on March 9, 1996, 49 days after his 100th birthday. Three days later, his funeral took place at Glendale's Wee Kirk o' the Heather church, and he was interred with Gracie at Forest Lawn Memorial Park Cemetery. The crypt's marker reads "Gracie Allen (1902–1964) & George Burns (1896–1996)—Together Again."

In 1976, Burns won an Academy Award for Best Actor in a Supporting Role and a Golden Globe for Best Actor in a Motion Picture – Comedy or Musical for "The Sunshine Boys." He received three Primetime Emmy nominations, winning "Outstanding Performance in Informational Programming" for "A Conversation with…" in 1990; his other nominations were for "The George Burns One-Man Show" (1978) and "George Burns Celebrates 80 Years in Show Business" (1984). George won a Grammy for Best Spoken Word or Non-Musical Recording for "Gracie – A Love Story" in 1991, and he earned a Best Country Vocal Performance, Male nomination for "I Wish I Was Eighteen Again" (1981) and a Best Comedy Album nomination for "An Evening With George Burns" (1992). He received Lifetime Achievement Awards from the American Comedy Awards, British Comedy Awards, Publicists Guild of America, and Screen Actors Guild Awards, and he was inducted into the Online Film & Television Association Hall of Fame in 2005. Burns received Kennedy Center Honors in 1988, and he was named Male Star of the Year at the 1975 Golden Apple Awards. He earned two Saturn Award nominations from the Academy of Science Fiction, Fantasy & Horror Films, winning Best Actor for "Oh, God!" in 1978, and he took home the prize for Best Actor for "Going in Style" at the 1980 Venice Film Festival. George received three stars on the Hollywood Walk of Fame, for television (1960), motion picture (1960), and live performance (1984). He and Gracie were inducted into the Television Hall of Fame in 1988.

Burns spent 60 years living in a Beverly Hills home that he built for $79,000 (including a pool and a pool house). Shortly after his death, the home sold for more than $2 million. 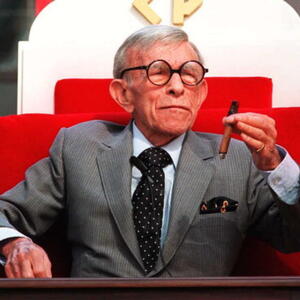