What was Gene Wilder's Net Worth?

Gene Wilder was an American stage and screen actor, director, screenwriter and author who had a net worth of $20 million at the time of his death. Wilder was one of writer/director Mel Brooks' favorite actors. Wilder's wacky roles in films such as Young Frankenstein, Blazing Saddles and Willy Wonka & the Chocolate Factory made him an unforgettable comedy giant.

He was born Jerome Silberman on June 11, 1933 in Milwaukee, Wisconsin. Wilder first became interested in acting at age 8 when his mother was ill with rheumatic fever and the doctor told him to try and make her laugh. Wilder studied with an acting teacher for two years beginning when he was 13. His mother sent him to Black-Foxe, a military institute in Hollywood where he was bullied and sexually assaulted due to the fact that he was the only Jewish boy in the school, according to his own account. He then returned home and became involved in local theater, performing at age 15 as Balthasar in a production of "Romeo And Juliet." He graduated from Washington High School in Milwaukee in 1951 and studied Communication and Theater Arts at the University of Iowa. He graduated in 1955 and was accepted at the Bristol Old Vic Theater School in Bristol, England. He returned to the U.S. after six months, living with his sister and her family in Queens, and enrolled at the HB Studio.

Wilder was drafted into the U.S. Army for two years, during which time he worked as a medic in Pennsylvania. From there he moved back to New York City, where he took a variety of odd jobs to support himself while he studied acting.

At age 26 he changed his name to Gene Wilder and set out to find success in off-Broadway and Broadway shows. His first professional acting job was in Cambridge, Massachusetts where he played the Second Officer in "Twelfth Night." Having studied fencing in Bristol for six months, he also served as a fencing choreographer. Wilder studied for three years with Berghof and Uta Hagen after which Charles Grodin told Wilder about Lee Strasberg's private method acting lessons. He left HB studio to study with Strasberg and several months later was accepted into the Actors Studio. Wilder slowly began to be noticed in the off-Broadway scene and landed the role of Billy Bibbit opposite Kirk Douglas in the 1963-1964 run of "One Flew Over the Cuckoo's Nest."

In a 1963 production of "Mother Courage and Her Children", Wilder met actress Anne Bancroft, who introduced him to her boyfriend and later husband, Mel Brooks. Wilder and Brooks became fast friends and Brooks decided he wanted to cast Wilder in a production of the screenplay he was writing, "The Producers." The film eventually went on to become a cult comedy classic and landed Mel Brooks an Oscar for Best Original Screenplay and Wilder a nomination for an Oscar for Best Support Actor. In 1969, Wilder relocated to Paris to film a leading role in "Start the Revolution Without Me."

After the success of "The Producers," Wilder quickly became an in-demand commodity in Hollywood, playing parts in several iconic comedies, including the idiosyncratic title character in Willy Wonka & the Chocolate Factory. While not initially a commercial success, the film gained a cult following eventually and also garnered a Golden Globe nomination for Wilder.

His next major role was when he wrote and starred in the 1974 film "Young Frankenstein"—a film that would further define Wilder and create a cult following. "Young Frankenstein"  was a commercial success and Wilder and Brooks received Best Adapted Screenplay nominations at the Oscars, losing to Francisco Coppola and Mario Puzo for their adaptation of "The Godfather Part II." While he was working on the "Young Frankenstein" script, he was offered the part of the Fox in the musical film adaptation of "The Little Prince."  He also wrote, directed and starred in 1975's "The Adventure of Sherlock Holmes' Smarter Brother", which was not as commercially successful. 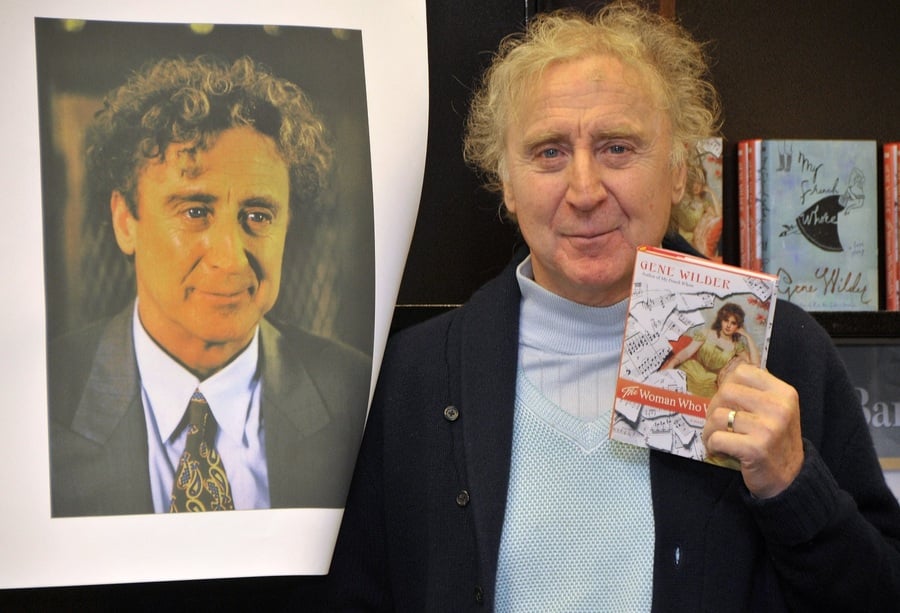 It was Wilder's last-minute decision to take a role in Mel Brooks' 1974 comedy "Blazing Saddles" that would define his career and launch him into the comedy stratosphere. Wilder went on to star in four films with comedian Richard Pryor: Silver Streak (1976), Stir Crazy (1980), See No Evil, Hear No Evil (1989) and Another You (1991). "Another You" was Pryor's last starring role in a film and also marked Wilder's last appearance in a feature film. Wilder's remaining work consisted of TV movies and occasional guest appearances in TV shows. He was inducted into the Wisconsin Performing Arts Hall of Fame on April 1991. In 1994, he starred in the NBC sitcom "Something Wilder." It received poor reviews and lasted just one season. Wilder ended his screen career in 2003 when he appeared on two episodes of NBC's "Will & Grace", for which his performance earned him an Emmy award for Outstanding Guest Actor on a Comedy Series. In his later years following his exit from acting, Wilder became a serious novelist, writing a memoir and several novels. He also focused his creative energies on painting.

Wilder married Mary Mercier on July 22, 1960. They eventually divorced in 1965. He married Mary Joan Schutz in October 1967 and adopted her daughter, Katharine. The couple split after seven years of marriage after Katharine suspected that Wilder was having an affair with his "Young Frankenstein" co-star Madeline Kahn. Wilder eventually became estranged from Katharine.

Wilder was married to quirky, lovable Gilda Radner (of "Saturday Night Live" fame) until her devastating death. They had met while filming Sidney Poitier's "Hanky Panky." Rander was married to guitarist G.E. Smith at the time, but she and Wilder became inseparable friends. Their relationship grew and Rander divorced Smith in 1982. They moved in together and then married on September 14, 1984 in the South of France. The couple wanted to have children but Radner suffered from miscarriages and doctors couldn't figure out the problem. Radner began experiencing severe fatigue and pain in her upper legs. She was diagnosed with ovarian cancer in October 1986 and battled the disease for the next year and a half. After a brief remission, her cancer returned in May 1989 and had metastasized. Gilda Radner died on May 20, 1989. Wilder, devastated, became active in promoting cancer awareness and treatment, founding the Gilda Radner Ovarian Cancer Detection Center in Los Angeles and co-founding support group Gilda's Club which began in New York but now has several branches throughout the United States. Wilder got remarried to Karen Webb in September 1991.

Gene Wilder died on August 29, 2016 at the age of 83 from complications related to Alzheimer's disease.

In 2007 Gene paid $2.725 million for a home on Chalon Road in Bel Air, Los Angeles. In 2013 he sold the home for $6.75 million to billionaire Elon Musk. The home sits across the street from a large mansion that Musk occupied for many years. In 2020 Elon stunned the world when he announced he was selling all of his homes and physical assets. That included Wilder's former home. He did stipulate that the buyer of Wilder's home would have to agree to not change the property much because Elon felt Wilder's magic charm should be preserved. 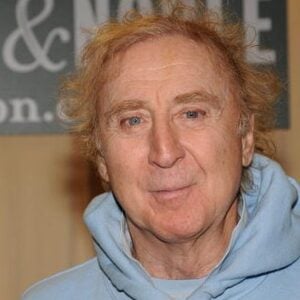