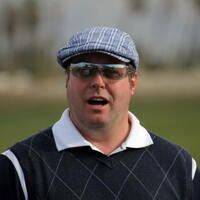 Gary Valentine net worth: Gary Valentine is an American actor, comedian, and writer who has a net worth of $2.5 million dollars. Gary Valentine, also known as Garold Joseph Knipfing, was born in Mineola, New York, and first began performing as a stand-up comedian in the early 90s in New York. He relocated to Los Angeles after a successful appearance at the Montreal Comedy Festival. He appeared at many popular comedy clubs in Los Angeles, and also on such talk shows as "Late Night with Conan O'Brien" and "The Tonight Show with Jay Leno". In 1999, he began appearing in a supporting role on the hit comedy, "The King of Queens". He remained with the show through its final season in 2007. He has also appeared in such films as, "Stuck On You", "I Now Pronounce You Chuck and Larry", "Paul Blart: Mall Cop", "Jack and Jill", "Wrong", and "Here Comes the Boom". Gary's brother is fellow comedian/actor Kevin James.