What Is Gary Gulman's Net Worth?

Gary Gulman is an American stand-up comedian, actor, writer, producer, and director who has a net worth of $1.5 million. Gulman was a finalist on the NBC reality series "Last Comic Standing" during the show's second and third seasons (2003–2004), and he released his first stand-up comedy special, "Boyish Man," in 2006. He produced and starred in the comedy specials "In This Economy?" (2012), "It's About Time" (2016), and "The Great Depresh" (2019), and he also directed "It's About Time."

Gary Gulman was born Gary Lewis Gulman on July 17, 1970 in Peabody, Massachusetts. His parents, Philip and Barbara, divorced by the time Gary turned 2, and he lived with his mother and two brothers. The family was on food stamps, and Gulman has said that getting free lunch at school was "humiliating." Gary has described himself as an artistic and sensitive child, and he told Boston radio station WBUR, "I was really soft. I had a huge stuffed animals collection. I loved to paint and draw. And it's just this ridiculous irony that I was also born with a lot of natural athleticism and size."

Gulman wanted to play hockey during his youth, but it was too expensive, so he played basketball instead. During his junior year at Peabody Veterans Memorial High School, the football team's assistant coaches promised Gary that if he trained with them all summer, they'd get him a college scholarship. Gary accepted a football scholarship to Boston College, and during his time on the team, he realized that he was suffering from depression. He began seeing  the college's head of counseling services, who encouraged him to quit the football team, and Gulman eventually took his advice. Since he gave up his football scholarship, he applied for financial aid, and in 1993, he graduated with an accounting degree. Gary then spent two years working as an accountant at Coopers & Lybrand (now known as PricewaterhouseCoopers) while performing at open mics at night. He later worked as a substitute teacher and often tried out his comedy routines on high school students.

Gulman began pursuing stand-up comedy full-time in 1999 and soon moved to Los Angeles. He made his TV debut on "The Tonight Show with Jay Leno" in October 1999, and he performed on the "Late Show with David Letterman" in February 2000. In 2003, Gary competed on "Last Comic Standing," finishing in third place, and the following year he returned to the show for its "Battle of the Best" season. He released his first comedy album, "Conversations with Inanimate Objects," in 2005, followed by the hour-long Comedy Central special, "Boyish Man," in 2006. That year he also moved to New York City and appeared on the HBO documentary series "Tourgasm" alongside fellow comedians Dane Cook, Robert Kelly, and Jay Davis. Gulman hosted and wrote for "NESN Comedy All-Stars" in 2008, and he appeared in the short film "Swap" in 2011. 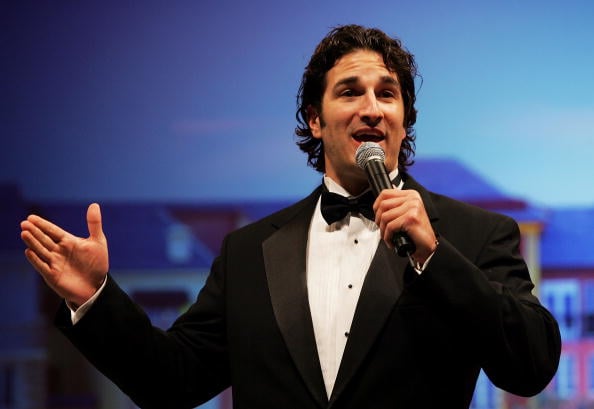 Gulman released his second Comedy Central special, "In This Economy?," in 2012, and his third special, "It's About Time," premiered on Netflix in 2016. He performed on "Conan" six times during the show's 11-season run, and during a 2016 appearance, his routine about how the states got their postal code abbreviations went viral; as of this writing, the video has more than 2. 2 million views on the "Team Coco" YouTube channel. In 2019, Judd Apatow executive produced Gary's HBO special, "The Great Depresh," which featured appearances by Gulman's wife, mother, and psychiatrist. "The Boston Globe" called the special "an excellent stand-up set" and described it as "a portrait of an ordinary man, his well-earned triumph, and his desire to make living easier for others who are in despair." In 2019, Gulman also played a comedian in the DC Comics blockbuster "Joker." In early 2020, it was announced that Gary had signed a deal with Flatiron Books to release his first book, tentatively titled "K Through 12."

Gary is married to Sadé Pilot, who he met in 2014, and they live in Harlem, New York, with their dogs. Gulman has struggled with depression and anxiety throughout his life, and in 2017, he took a break from comedy and checked into a hospital to be treated for clinical depression. Thanks to electroconvulsive therapy, medication, and psychotherapy, he was able to resume his career, and he spoke about his mental health struggles in his 2019 special "The Great Depresh." In a 2021 CNN interview, Gary stated, I'm doing great. I think kind of one of the benefits of having been through such a severe and extensive bout of depression is that I'm really aware. I would say vigilant about any sort of signs that I need to adjust my behavior in order to ward off another bout. I exercise nearly every day and I eat right and I go to my therapist and I take my medicine. I'm hyperaware of what I need to do to make sure that mood and my mental health is maintained. I'm grateful for that." 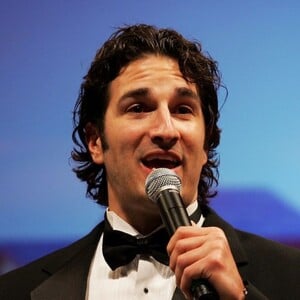