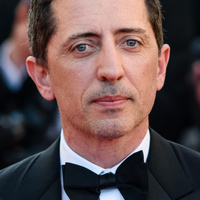 Gad Elmaleh net worth: Gad Elmaleh is a Moroccan French stand-up comedian and actor who has a net worth of $20 million. Gad Elmaleh was born in Casablanca, Morocco in April 1971. He has starred in several films including XXL, Man Is a Woman, Train of Life, The Valet, Priceless, Coco, The Round Up, Midnight in Paris, A Monster in Paris, The Adventures of Tintin: The Secret of the Unicorn, Jack & Jill, Happiness Never Comes Alone, Le Capital, The Dictator, Mood Indigo, and Pattaya. He has also provided voices for the French versions of the movies Doctor Dolittle 2, Despicable Me, and Despicable Me 2. Elmaleh also wrote and directed the film Coco and produced, wrote, and directed the TV movie documentary 10 Minutes in America. He was nominated for a Cesar Award for Best Actor in 2004 for Chouchou.