Gabbie Hanna net worth: Gabbie Hanna is an American YouTube personality, Viner, actress, comedian, poet, author, and singer-songwriter who has a net worth of $2 million. Gabbie Hanna was born in New Castle, Pennsylvania in February 1991. She gained almost five million followers on Vine in 2014 and started her YouTube channel Gabbie Hanna the same year.

She gained attention for her "Storytime" videos and acquire more than five million subscribers and 400 million views. She later started the YouTube channel The Gabbie Vlogs which gained 100 million views and one million subscribers. Hanna won the competition series Dance Showdown in 2015. In 2017 she began co-hosting the reboot TV series Total Request Live on MTV. Hanna has also appeared in episodes of the series Sanders Shorts, Teens Wanna Know, Oscar's Hotel for Fantastical Creatures, Not Too Deep with Grace Helbig, Shane & Friends, Zall Good, Apologies in Advance with Andrea Russett, Escape the Night with Joey Graceffa, FANtasies, Shane & Friends, and more. Hanna's single "Out Loud" reached #30 on the US Digital chart. 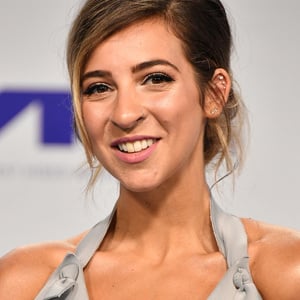