How much is Fred Willard Worth?

Fred Willard Net Worth: Fred Willard was an American comedian and actor who has a net worth of $5 million at the time of his death in 2020. Fred Willard died on May 15, 2020 at the age of 86. He was probably best-known for playing clueless/aloof characters in several Christopher Guest movies such as "A Mighty Wind", "Waiting for Guffman" and "Best In Show". He was also nominated for three Emmys for his work on the sitcom "Everybody Loves Raymond". Outside of Christopher Guest movies and Raymond he was known for his role in the Anchorman films, American Wedding, Austin Powers, Spinal Tap… and much more.

Fred Willard was born September 18, 1939 in Shaker Heights, Ohio. One of his earliest jobs was at The Second City, Chicago, where he shared the stage with Robert Klein and David Steinberg. He was a founding member of the improvisational comedy group Ace Trucking Company; fellow members of Ace included Michael Mislove and Bill Saluga. They performed sketches on The Tonight Show With Johnny Carson over 50 times and appeared regularly on This is Tom Jones. Fred Willard recently completed a sold out run of his one man show, Fred Willard: Alone At Last! (with a cast of twelve) and received two Los Angeles Artistic Director Awards, for Best Comedy and Best Production.

He received three Emmy nominations for his recurring role on the TV series Everybody Loves Raymond as Robert Barone's father-in-law, Hank MacDougall. In 2010, he received an Emmy nomination for Outstanding Guest Actor in a Comedy Series for his role on the ABC TV series Modern Family as Phil Dunphy's father, Frank Dunphy. He also received a Daytime Emmy Nomination for Outstanding Talk Show Host for What's Hot, What's Not.

Fred was married to Mary Willard from 1968 until her death in 2018. They had one child together, a daughter named Hope. 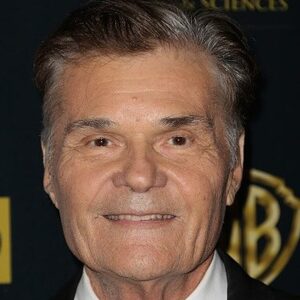