Fred Stoller net worth: Fred Stoller is an American actor, stand-up comedian, writer, and voice artist who has a net worth of $1.5 million. Fred Stoller was born in Brooklyn, New York in March 1958. He is best known for playing the role of Gerard on the television series Everybody Loves Raymond.

He started doing stand-up comedy in the early 1980s and appeared on the TV series Stand-Up America and The Young Comedians Special. Stoller has over 100 acting credits to his name. From 2006 to 2012 Stoller voiced the role of Rusty "The Wrench" on the TV series Handy Manny. He has had recurring roles on the TV series Singer & Sons, Vinnie & Bobby, Murphy Brown, Suddenly Susan, The Nanny, Jesse, Norm, Raising dad, Everybody Loves Raymond, Scrubs, and Wizards of Waverly Place. He has also starred in the movies Crocodile Dundee, Dumb and Dumber, Joe Dirt, The Animal, Austin Powers in Goldmember, Rebound, Little Man, Open Season 2, Dr. Doolittle: Million Dollar Mutts, Open Season 3, and the Change-Up. In 2012 he won Best Actor at the London Greek Film Festival for Fred & Vinnie. He was a staff writer for the TV series Seinfeld and published the e-book My Seinfeld Year in 2012. He later published the book We'll Have You Back: The Life of a Perennial TV Guest Star. 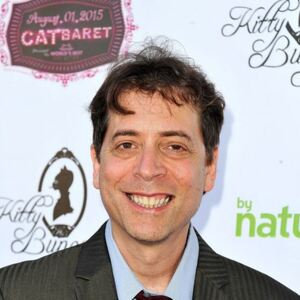